Cook Bros. Racing, founded by brothers Gary and Craig in 1972, was an early player in the high-end world of BMX racing, making chromoly frames and forks and a range of CNC-machined components. Among the company’s innovations is the Uni stem, a predecessor to the threadless stems found on most bikes today. The brothers also produced mountain bike frames and components through the 1980s and into the 1990s. They sold Cook Bros. Racing in 1984. 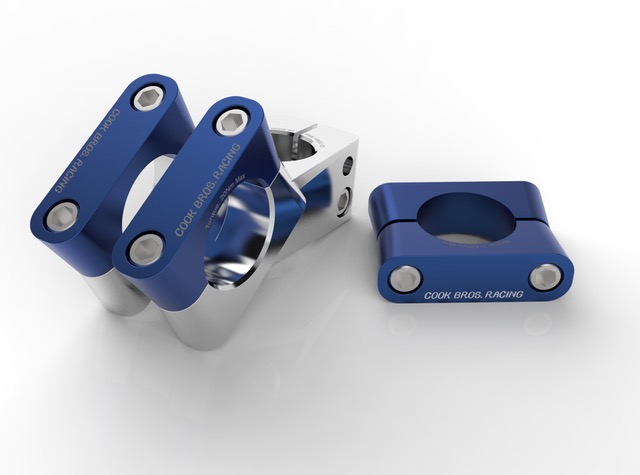 “We are very excited about acquiring the rights to the Cook Bros. Racing brand. We already have a full line of Neo Retro and retro-mod components in development. We’ll offer handlebars, stems, seat clamps and other parts suitable for the retro crowd or even BMX racers looking for something unique for their modern race bikes,” said Marc Côté, the owner of Montreal-based ABC.

Among the products in development are Neo Retro products such as handlebars and stems in 22.2 and 31.8 diameters, seat clamps, headsets and cranks. ABC also plans to sell brake sets and hubs co-branded with Box Components.

“We have a lot of ideas up our sleeves. ABC is staffed by a team who value the accomplishments of the past, but have an eye on the future. And although we believe we understand the subtleties of the retro and modern BMX race worlds, we know that crossing back and forth between the two is tricky. We believe we will have a product line-up that can do that and which will live up to the legacies of the Cook Bros. Racing, Bottema and Race Inc. brand names,” Côté said.

About ABC.: At ABC, we work to build quality BMX products. We do this by designing and developing innovative frames, bikes and related programs that enhance the enjoyment of riding and boost racing performance whether it’s at the local pump track, the World Cup circuit or the Olympic Village.