Despite only having won just one Olympic medal in BMX racing Australia has always had strong representation at the Olympics dating back to the sport’s debut in Beijing in 2008. 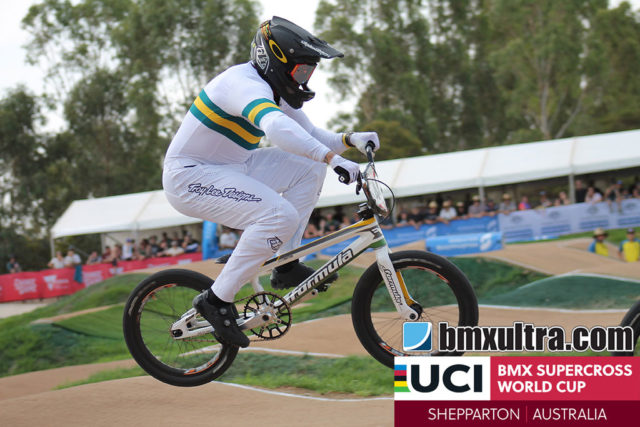 BMX racing made it’s debut appearance at the Olympics as a medal sport. A significant historic moment for our sport as 32 male and 16 female riders battled for Olympic gold for the first time.

Jared Graves made a successful switch from downhill mountain biking to qualify not only for the Australian Olympic team but the final at the main event. His sixth place finish isn’t a true indicator of his success at the event. Jared fell in the second corner while battling for third place.

Kamakazi really made a name for himself with the media and finished sixth place in his semi final.

Luke Madill was eliminated early with a puncture and a crash in qualifying.

Nicole Callisto qualified through to the final where she crashed out in the first corner and placed out of medal contention finishing in sixth.

Tanya Bailey had a bad day at the office placing 8-8-6 in her (three moto) semi.

For the second straight Olympics Australia qualified with a full compliment of 3 men and 2 women in a field of 32 men and 16 women.

Sam Willoughby, too young to contest the 2008 Olympics, was one of the favourites for the Olympic Gold. He qualified for the final and won Australia’s first and only Olympic Medal to date taking the Silver.

Khalen Young was fast but was struggling with injuries at London only able to progress as far as the semi finals.

Brian Kirkham had a bad start to his Olympic campaign, although he managed to pull it together with a first and a second in his last heats, he didn’t make it out of the “Quarter finals”.

Caroline Buchanan made her first Olympic appearance at London and kicked off her campaign with the fastest seeding run and top qualifier in her semi. Her final didn’t go to script though, she appeared to miss her gate and, to her credit, she clawed her way from the back of the field to finish with a fifth place.

Lauren Reynolds also was competing at her first Olympics. A big crash in the first straight in her third heat of the semi final kept her out of the final.

It’s worth noting that Anthony Dean was a reserve at the 2012 Olympics, he got to practice with the team but wasn’t required to compete.

Once again Australia were dominant in the country qualifying and for the third straight Olympics Australia qualified with a full compliment of 3 men and 2 women in a field of 32 men and 16 women.

Sam Willoughby returned for his second Olympic berth. He posted a respectable third fastest time in the seeding. From there he dominated the racing, he went on to win all three of his quarter final heats, all three of his semi final heats, but in the final Willoughby appeared to come up short on a jump on the first straight washing off speed and wasn’t able to make up ground, he went on to finish in sixth place.

Anthony Dean was equally as impressive as Sam. After a second in his first moto he went on to win the remaining two of his quarter final heats, and then all three of his semi final heats. Anthony was squeezed out down the first straight and couldn’t make his way back into the pointy end, he finished in eighth place.

Bodi Turner made his first appearance at the Olympics, he showed good signs early, finishing the seeding with a thirteenth place, with a 6-8-4 in his heats though he was eliminated in the quarter finals.

Caroline Buchanan kicked here second Olympic campaign off with a bang, qualifying in second place in the seeding. She followed that up with a win in her first heat, but a fourth and a crash, where she finished eighth, BMX proved itself a cruel sport as she was eliminated in her semi.

Lauren Reynolds was consistent but crashed in her second heat and was also eliminated. She was in the same semi final as Caroline. 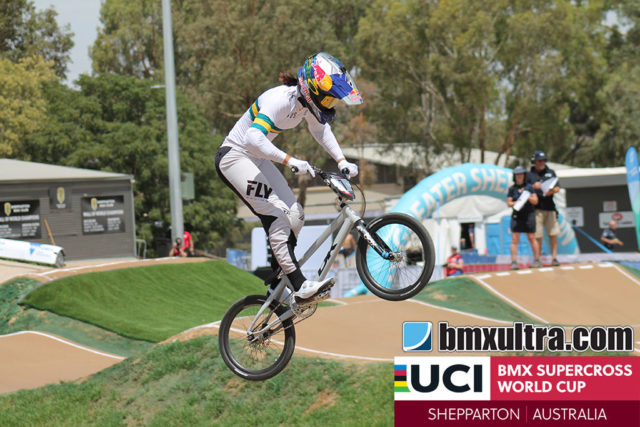 2021 looks different for BMX racing at the Olympics. The classes have been evened up, there are now 24 men and 24 women. Out of a potential six athletes attending for the country Australia were only able to qualify one male and two female positions, this is an indication of just how well other countries have stepped up their Olympic programs. 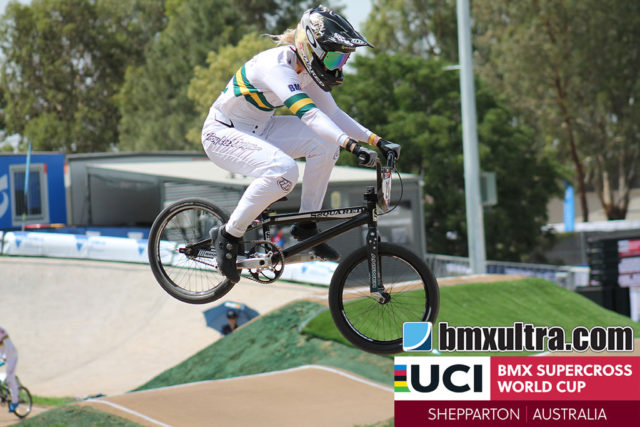 Despite the depleted team, Australia is well represented by these highly competitive athletes. We wish them all luck for their Olympic journey we are sure you will make Australia very proud.