ANAHEIM, CA—American BMX Company (ABC) is thrilled announce that the United States Patent and Trademark Office (USPTO) dismissed a challenge by J.B. Witmer Company to its ownership of the Cook Bros. Racing trademark. 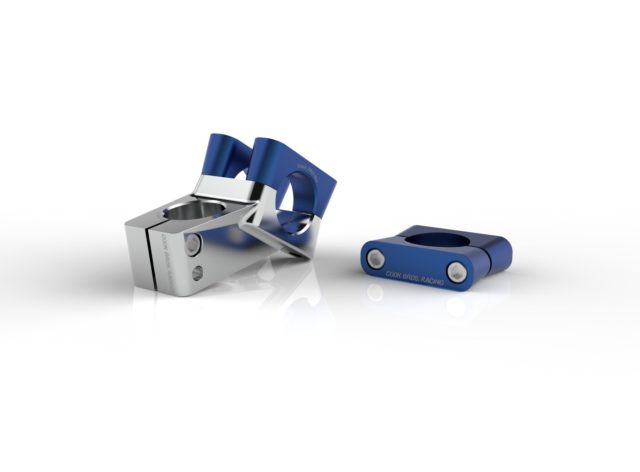 “We are happy this is behind us so we can move on with our plans to develop and sell a full line of Cook Bros. Racing products. We are really excited about the products we’ve already developed and what is to come,” said Marc Cote, ABC’s owner.

According to the USPTO, the trademark for the brand was deemed “dead” in June 1998. It was last registered by the J.B. Witmer Company, Inc. in November 1991.

ABC applied for the “dead” trademark in August 2020 and received preliminary approval in November. Following ABC’s announcement that it acquired the trademark, attorney Timothy M. Brown, on behalf of J.B. Witmer, filed a request for an extension of time to file an opposition to the ABC trademark application with the Trademark Trial and Appeal Board (TTAB) on Dec. 14. On Dec. 15, the TTAB granted a 30-day extension.

After the 30-day extension passed, neither Brown nor J.B. Witmer made any subsequent requests for extension or challenges to the ABC application.

On June 11, The TTAB issued the following statement:

“By the Trademark Trail and Appeal Board:

“On April 26, 2021, the Board issued an order to show cause based on the Opposer’s apparent loss of interest in this proceeding. 10 TTABVUE.

Inasmuch as no response to the Board’s order has been filed, judgement is hereby entered against Opposer. The opposition is accordingly dismissed with prejudice.”

Cook Bros. Racing launched a website (www.cookbrosracing.com) June 17 where a variety of CBR products are for sale and presale. The first CBR branded components arrived in ABC’s Anaheim warehouse last Friday. Among the products currently available are headsets, headset top caps and chainring bolts. Many more products are being made or are in development.

“ABC has a deep respect for the people who made the parts and created the BMX brands of the past, including Cook Bros. Racing. We have reached out to the surviving members of the Cook Family and have their support and blessings,” said Michael Gamstetter, Race Inc.’s brand manager.

“ABC is made up of a small team of people, most of whom possess a lifelong love of cycling, a passion for the sport and a keen interest in making great bicycles and parts. We are a collection of engineers, product designers, industry veterans, amateur cycling historians, vintage bike collectors, former bike racers and creatives who will respectfully pay homage to all the brands we own,” he added.

Cote planned to open a Southern California office and warehouse for ABC in mid-2020, but the global COVID-19 pandemic put those plans on indefinite hold. For the time being, and because there is a close working relationship between the two companies, ABC will use Box as a 3PL (Third Party Logistics) partner, leasing warehouse space from Box.

Cook Bros. Racing, founded by brothers Gary and Craig in 1972, was an early player in BMX racing, making chromoly frames and forks and a range of components. Craig sold his share of the company to Gary in the early-1980s. Gary, in turn, sold Cook Bros. Racing in 1984 to Jack Witmer. Under Witmer, Cook Bros. Racing continued to produce a range of products into the 1990s.

Shortly after selling the brand and following an alleged disagreement with Witmer, Gary and his son Robert began making a range of bike products under the name Cook Quality Products, later changed to C.Q.P. They discontinued that business in1989. Gary died in March 2013. Robert died last year.

Craig Cook started his own mountain bike component company called C.D. Products in 1987. Not long after, he turned his attention to golf and a new business, Golf Instruments. Craig remains a co-owner of Golf Instruments and Performance CNC, but is semi-retired. He spends his days building an experimental airplane, a project he has been working on for more than two decades, and riding his bike.

At ABC, we work to build quality BMX products. We do this by designing and developing innovative frames, bikes and related programs that enhance the enjoyment of riding and boost racing performance whether it’s at the local pump track, the World Cup circuit or the Olympic Village.