On November 14 we celebrate the 51st Anniversary of the birth of BMX racing.

Over a decade ago the late Scot Breithaupt, dubbed “The OM of BMX”, was recognised by the County of Los Angeles for organising the first ever BMX race. It was held at BUMS in Bellflower California on November 14, 1970. 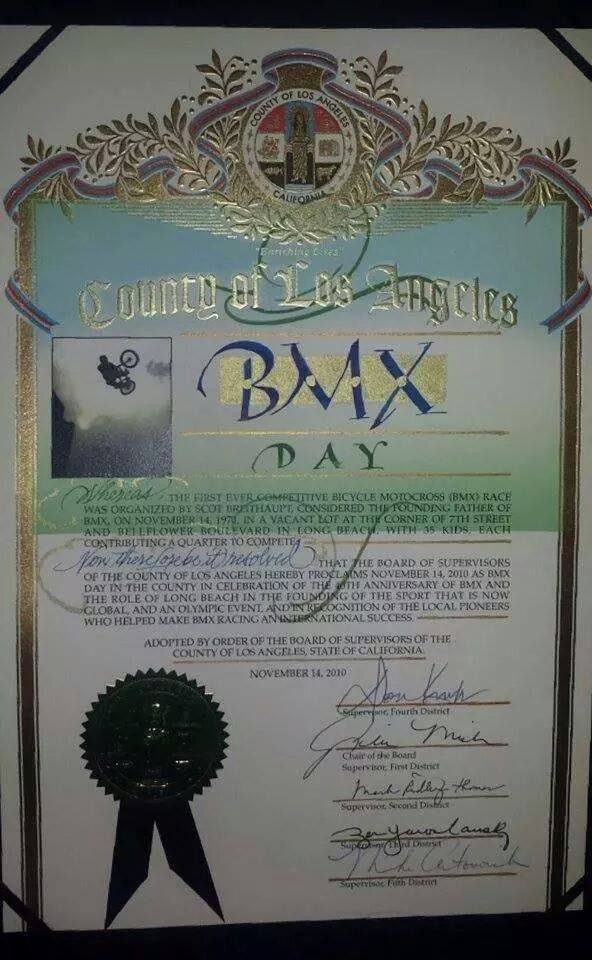 Although there are a number of different stories about how the sport was born, and where, this is the one that seems to be the most documented.

bmxultra.com: Let’s get straight to the point, how did BMX begin?
Scot: I used to race motocross, when I practiced local kids would come out and imitate my jumps. One day I went home got some of my motorcycle trophies and had the 35 kids there each pitch in a quarter. Broke them down into skill classes; beginner, novice and expert. It was kewl, the next week 150 kids showed up!

bmxultra.com: What were the tracks like to start off with?
Scot: The original BMX track was BUMS I in Long Beach, CA, 1970. It was gnarly. It was a trail that I used for practice on my motorcycle. I rode for the Yamaha factory, as a support rider. The track was about 450 yards long (1350 feet), we ran two laps. It had a 35 foot high drop-away jump, a mud hole and 8 or 9 other jumps.

Scot: BUMS I…there was a second BUMS…BUMSII …was in fields that Bums, hobos, lived in. But it also stood for Bicycle United Motocross Society. 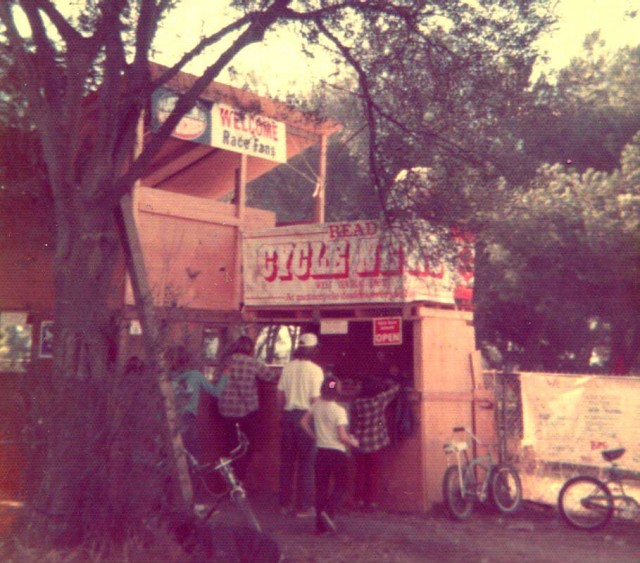 bmxultra.com: Do you have any original flyers from the first meetings or was the interest generated by word of mouth?
Scot: Word of mouth, but I have flyers too.. somewhere…and first ever schools too.

How will you celebrate 51 years of BMX racing?