The Hawera Indoor, in New Zealand, was run last weekend. bmxultra.com’s Paul Knox made his annual pilgrimage to the land of the long white cloud and hang out at one of his favourite races on the calendar.  He sent in a brain dump of his weekend, this is how it went down.

The 2019 Hawera BMX Indoor track was quite unique with 4 straights, but only 2 corners. At the end of the first straight, you entered the berm and then when 1/2 way round swung onto the 2nd straight. A tight 180 berm took you onto the 3rd straight, at the end of which you rejoined the first corner just before where you exited it and followed it all the way around until the finished straight.

There was open practice on Friday night. No age groups…. everyone quickly works out who they’re going to gate with. It was a 6 man starting gate with an old 3 beep electronic start system. A racer in the moto in front of me asked the starter “is this a random start?”, to which the starter replied “it’s random when I push the button”. 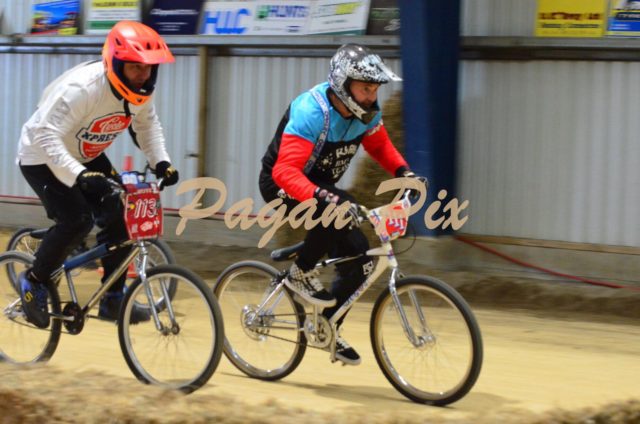 There were 46 pit bikes. 46 of them! All run in one massive class, they only run the pit bike class on day one of the event (which is 4 motos for everyone else).

Between the motos, a bunch of kids started riding on a impromptu quarter pipe formed on the back of the first corner. A couple of officials took note, but rather than telling them to get off their bikes, instead quickly set up a wheelie challenge in the pits to keep them occupied instead.

There were 4 hacks in attendance, but technical difficulties saw them 3 at time on the track. During the breaks between motos, kids lined up to have a run around the track. At any given time there were at least 20 kids lined up for the experience.

To compete in the OSCARS the rider has to be at least 30 years of age, and the bike pre 1990. 3 gates showed up to do battle, all launching off a one-pedal start (for you youngsters out there, no balancing on the gate – one foot on the pedal, one foot on the ground). On day 2, in addition to 3 motos, it was decided that since there were 3 Aussies in attendance, a NZ vs Australia challenge would also be run; unfortunately for Australia the lead Australian crashed out in the first corner taking the rest of the Aussies out too… it was an easy win for NZ. The OSCARS final was when things got interesting; an A final and B final; nothing special there? Top 6 are the A final; all the rest are the B final (and remember there actually 3 gates worth of riders). And how do you run this – release the whole B final field, let them go until they exit the 2nd corner then drop the gate for the A final. At this point, it’s worth taking notice of the unique track design, and realise that the A final field hits the first corner at the same time as the B finalists enter it for a second time (and are going to do the 2nd & 3rd straights again). Best to leave it to your imagination how that all went! 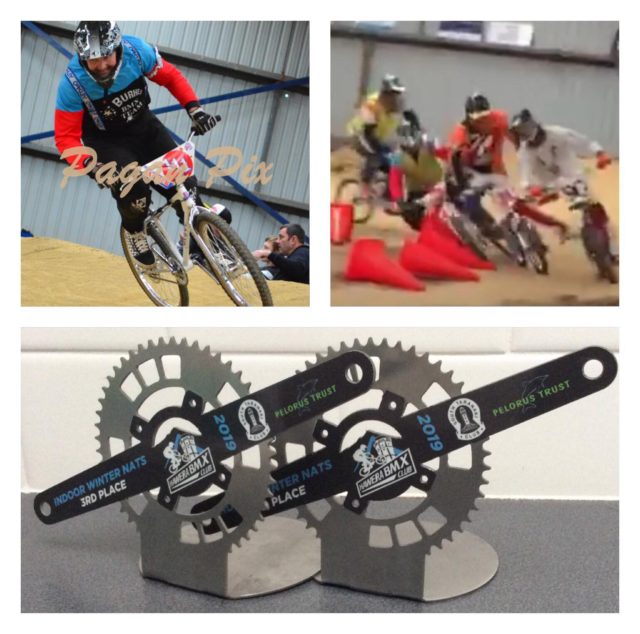 A special note goes out to Roy Leaning; Roy took out a Moto win, was consistent enough to make the A main, hosted Beers & Rugby in his motel room on Sat night, and was voted by the riders to win the coveted Rider’s Choice trophy. Roy is 71.