Since the release of Dave Mirra’s Freestyle BMX, over two years ago now, it seems that there has been a new BMX game released every 4-6 months. With each release there may have been small advancements in the game play but they were basically the same game with maybe different characters, different sound tracks and different courses. This time however Activision have taken Mat Hoffman Pro BMX 2 to new levels. 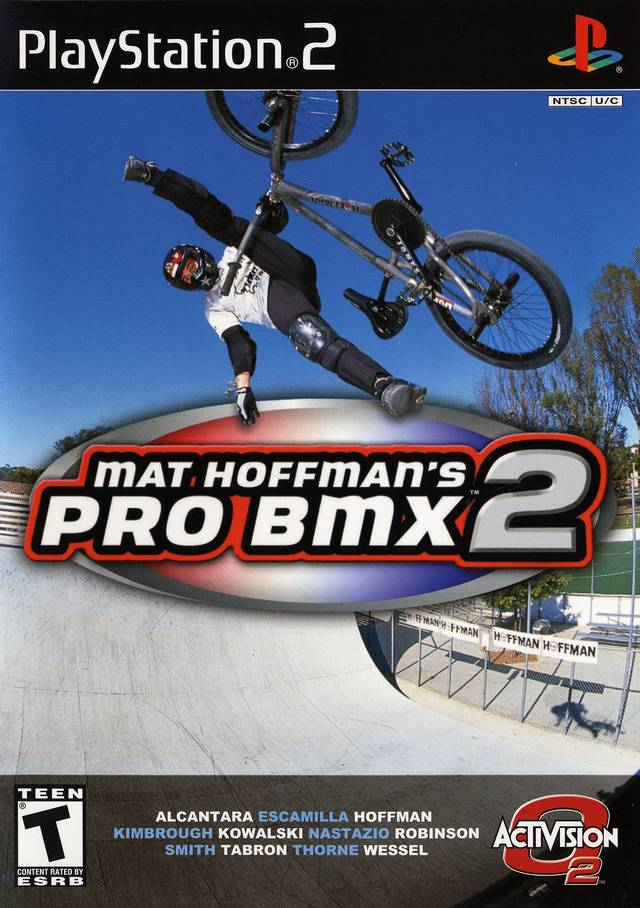 I am a serious retard in front of a PlayStation, I spend way too much time in front of a PC to work out those controls, so as with many of our games reviews I had to call on 25-29 Australian Cruiser Champion Dave Cleary to help me out. I don’t know anyone more qualified for the job, he spends more time in front of his PlayStation that everyone I know put together. So what I did was gave Dave some time to get used to the game, unlock some levels and just have some fun with it. Two weeks later I dropped in on him and we went through the game.

From start to finish Mat Hoffman Pro BMX 2 is tight. Everything from the cool intro movie, the soundtrack, the interface, the bigger more complex courses, the realism of the riders, and the awesome tricks and combos have been vastly improved.

Ok so you could get bored watching a short intro video after the first couple of times, but it was actually quite well presented in full screen format with music. Then into the interface that drives the game. I was used to seeing a flat interface where you choose a rider then skip to the next menu and choose the bike and so on, but the new interface was kind of funky, you move around a warehouse and riders are just standing around waiting to be selected for a ride, a nice touch. Dave had already started a road trip and unlocked most of the courses, so he showed me through each course pointing out the tasks required to complete each one, and where he found new riders and songs along the way. He also showed me how it’s nearly impossible to complete some tasks in the given time so to extend the time period you have to be doing tricks or manualling continuously until you reach the destination.

The game seemed quite a lot more technical than any previous BMX game, it’s more than just pressing the jump or the grind button and then a bunch of random buttons to pull off a trick and get a good score. To achieve a goal you might have to do say a no-handed 540 back-flip and just like in real life it’s not as easy as it sounds. To get a decent score you need to put together big combination tricks like this. The new grind and flat land tricks look awesome and come in handy when there’s no ramps around.

The levels are now more three dimensional, with grind rails, and other “grindable” objects at various levels hanging from the ceiling and the walls. The bigger play area for each level means it will take you longer to work through all your tasks, but also have some more fun along the way, watch out for the pedestrians along they way though, most of them will try to push you off your bike.

Mat Hoffman Pro BMX 2 gets a big thumbs up from Dave and from bmxultra.com. Dave is still on a mission to complete the road trip, he’s having trouble unlocking Hawaii. I think this is the longest it’s taken Dave to complete any game which is a good thing. Why would you want to go out and buy a game you’ll complete in a week and never play again. 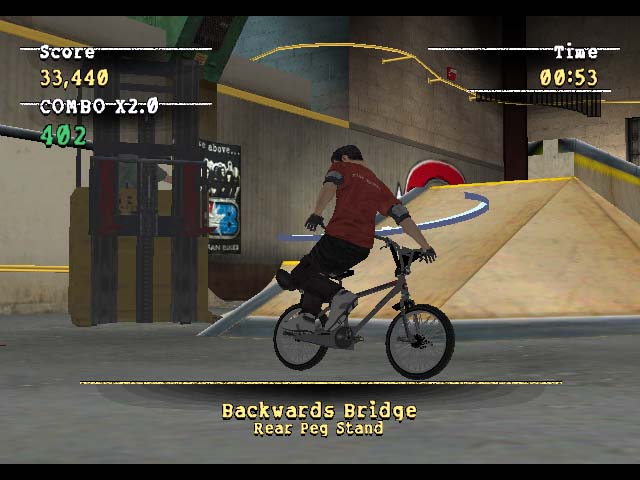 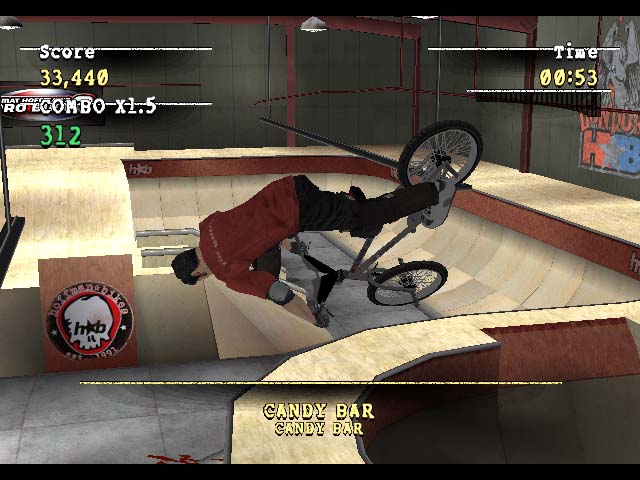 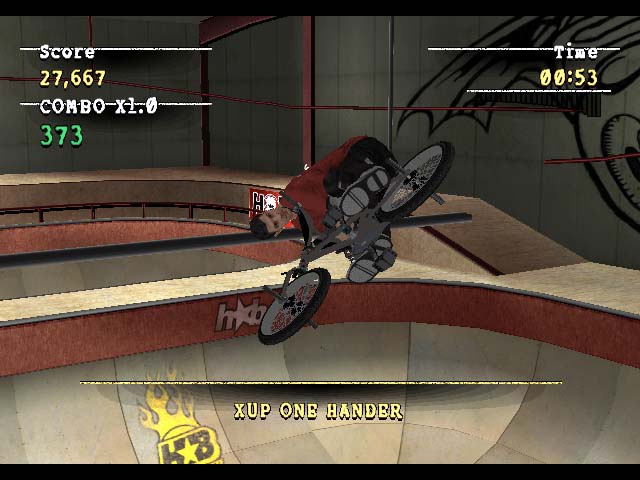