Canadian bicycle company Norco are one of the worlds largest bicycle manufacturers. In Australia they are really stirring up the cycling market, in all areas, particularly Mountain Biking and BMX. 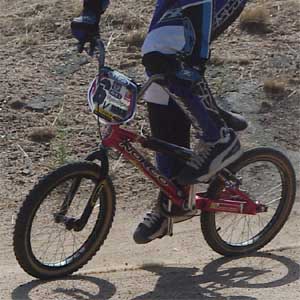 Some time ago we did a review on a “first generation” Norco frame which was somewhat unusual, ugly to say the least, but it was an indication that these guys were going to hit the BMX scene. Since then Norco Australia have employed a product specialist and started one of the strongest race teams on the Australian circuit headed up by super-hero and former Elite Australian Champion Luke Madill.

Norco’s latest offering, the Speed Metal Team, is the price of an entry level BMX race bike but the features of some of the most expensive bikes on the market today.

The Speed Metal frame can be purchased for around a measly $AUS300, compared to an american brand bike which would set you back around the $AUS750 plus mark, that’s more than it costs to buy the Speed Metal as a complete bike.

Our test is on the frame itself. Getting into technical details the frame is constructed from 6061 aluminum, the standard material for the modern day aluminum race frame. Standard would not be the appropriate description for the geometry however, I would describe it as aggressive. 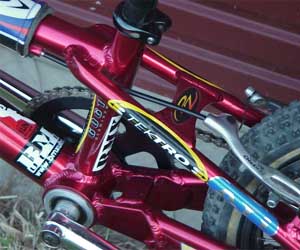 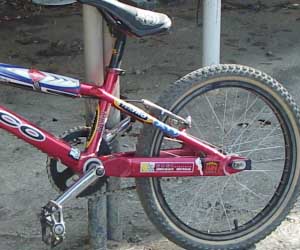 The top tube length is 21 1/4 inches making the front end nice and long, while the head tube angle is 74 degrees, making the steering sharp and responsive. The most impressive feature is the ‘direct drive’ chain stays, which are 14 1/2 inches in length. I call this the most impressive feature not only because of it’s cool looks, but because the drop outs have been designed in a fashion that allows a huge variation in the length of the bikes wheel base. This translates in to a bike that can manual like know ones business. Also the bottom bracket is rather low making gate starts just that little bit easier.

Jumping this bike was so much fun, it picks up very easily, but not to the stage where you are going to loop out. The only problem I encountered was the cable route, it made my cable stick, but appeared to wear in after a while.

Overall the bike rides very well, but takes a bit getting used to due to the aggressive geometry, and is well worth a test ride.

Any one looking at getting into racing this is a frame well worth considering, with this price, style and quality you can’t go wrong. All the features of an American brand of BMX racing frame at less than half the price.

To find out more about Norco check out their website at www.norco.com.