SE Bikes, originally established in 1977, have deep roots in the BMX scene. Along with RaceInc, SE were true pioneers building aluminium BMX race frames well before alloy became a popular material to manufacture BMX frames with. I’ve always liked the SE products, they were true innovators. My personal favourite era for SE was just prior to Scot Breithupt and Mike Devitt left the company late in 1999. The popularity of BMX and especially BMX racing had waned but SE were still cranking out great products, especially the Quad and Assassin frames for bigger/taller guys like me.

After a long hiatus the SE brand reemerged in 2002, now owned by Fuji Bicycles, one of the oldest and largest bicycle manufacturers in the world. With Todd Lyons at the helm as the brand manager SE still have strong links back to their roots constantly releasing retro reproductions, using the original names with the PK Ripper still being the flagship bike, and loaded up with Landing Gear forks. 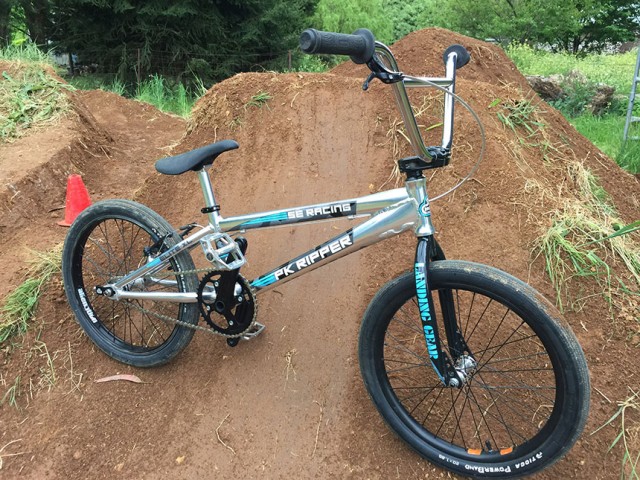 When the opportunity to review a PK Ripper Elite XL complete came about, thanks to Oceania Bicycles, we were pretty chuffed. Not only had it been some time since we’d reviewed a complete bike, an SE Quad was one of the first products we ever reviewed, back in 1999. Not only that but it was an SE. A brand simply loaded with history. I must admit these past few years I’d written off the SE PK as an entry to mid level race bike based on how it looked, the parts & accessories and the price. Admittedly it was a little closed minded on my behalf. When I picked up the PK it was a thing of beauty, the highly polished alloy frame loaded with black and chrome parts looked not only ready to race but ready to impress.

I like the improvements that SE have made to the Landing Gear forks, the reduced weight and the tapered legs means you could easily race this bike out of the box without needing to spend more money on upgrades. The Alienation rims (Deviant 32 hole front/Black Sheep 36 hole rear) and sealed bearing cassette hub with Tioga PowerBand/PowerBlock combo makes for a nice wheel set. The Promax brakes work well, and I need to find out where they got their chrome brake cable from, it looks awesome. 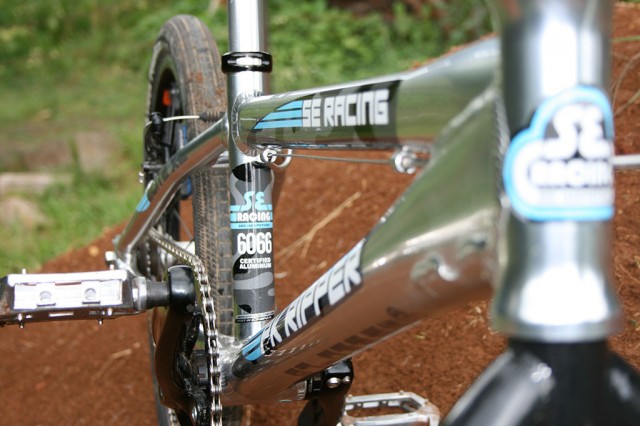 I did try to ride the PK Ripper myself, and found it light, stiff and well balanced. I was especially surprised by the 2-piece alloy cranks which I find normally would notice flex in, but I couldn’t fault these. One thing though, while the suggested rider height for the XL is 5’5″+ (165cm+) it felt too short for me. It would be safe to say that if you are around 6′ or taller this might not be the complete bike for you, however SE do have a XXL that comes as a frame only, it’s 3/4″ longer in the front end and 1/2″ longer in the rear.

I asked AA Pro James Lautier, who likes his frames a little shorter, if he’d be interested in helping out with the review and he jumped at it. This is what he had to say 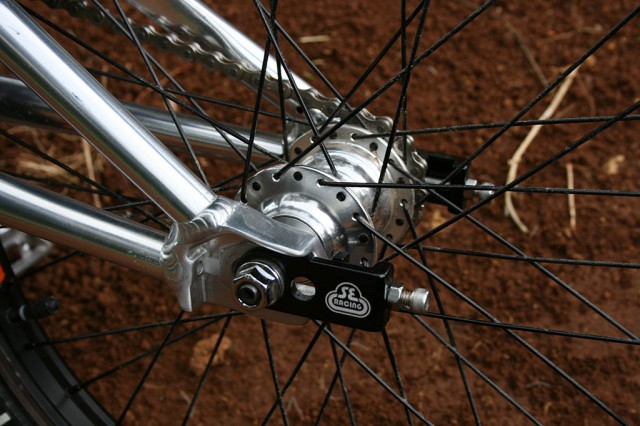 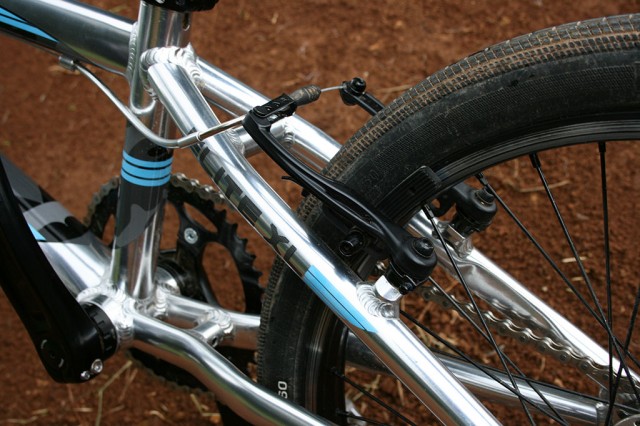 OUT OF THE GATE 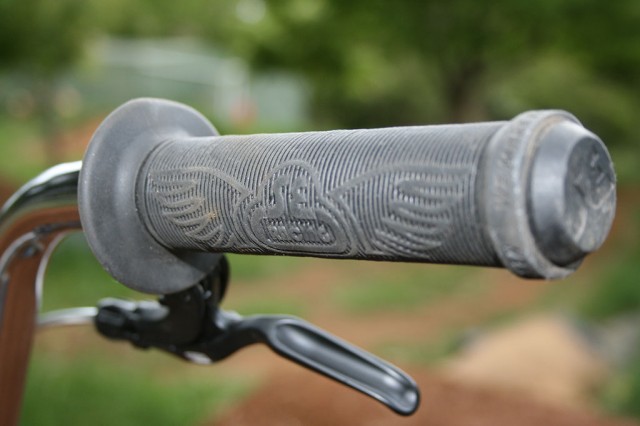 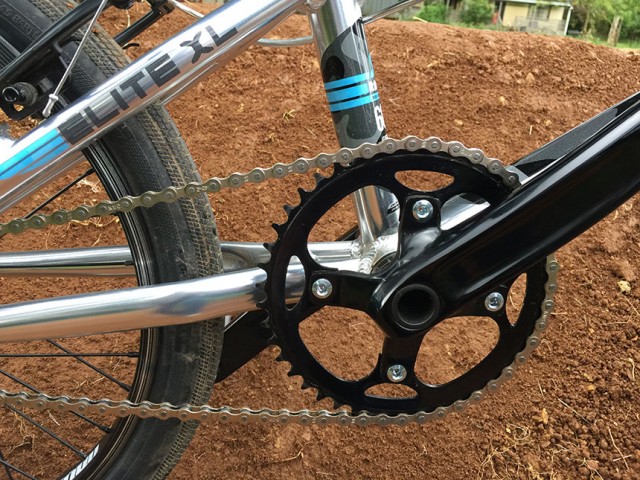 The SE PK Ripper would suit a rider who likes a frame with a shorter rear end, but when it comes down to it the PK is a well balanced bike. 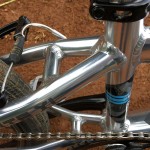 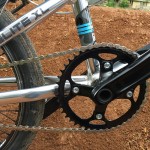 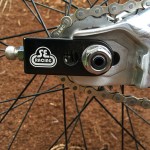 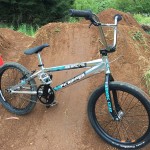 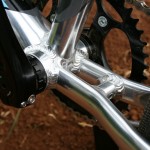 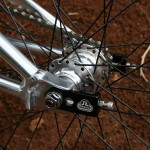 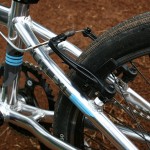 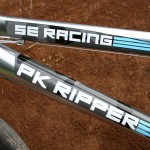 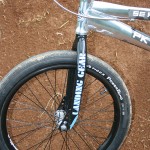 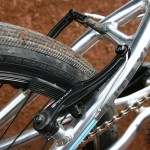 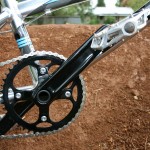 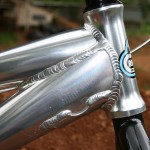 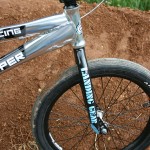 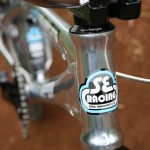 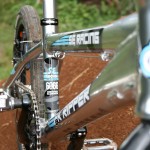 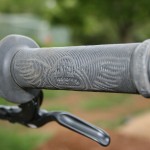 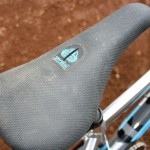 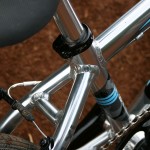 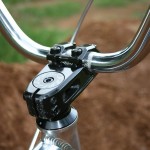 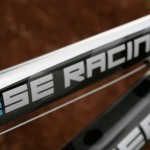 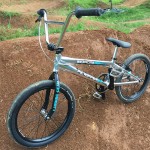 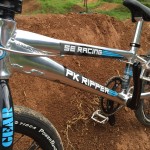 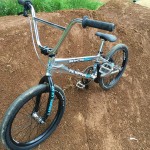 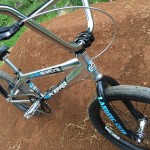 The PK Ripper is going to have a wide appeal from the anyone looking to get back into the sport and have some fun on the weekends all the way to the serious contender in the pro ranks, just look at riders like Olympic Bronze medalist Donny Robinson and former elite world champion Javier Colombo.

If you are in the market for a complete bike, make sure you check out the SE PK Ripper Elite.

SE Bicycles are distributed in Australia by Oceania Bicycles www.ocbicycles.com.au. For more information about SE products check out www.sebikes.com.au.