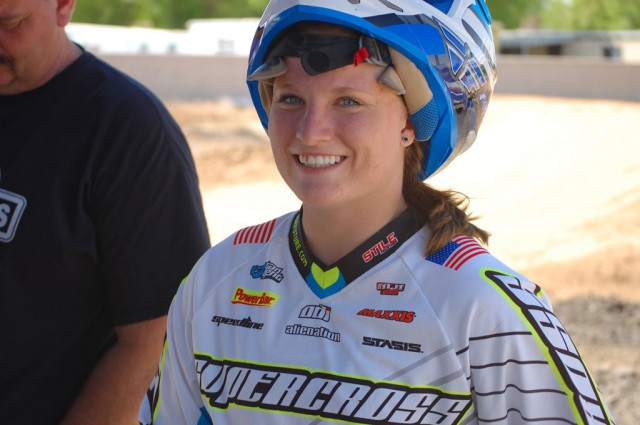 bmxultra.com: How and when did you get into BMX?
Dani: When I was in the 7th grade(2006), one of my friends who raced MX at the fairgrounds in Lancaster,CA told me about how they just built a BMX track. At the time, I didn’t own a bike, just a skateboard so I asked my mom and stepdad for a bike for my birthday and if they could take me out to the fairgrounds to try out BMX. My stepdad took me out to the track to check it out before I got my bike and I fell in love. I didn’t have to ride to know that I was going to be in this sport for the long run.

bmxultra.com: What’s your favourite movie genre?
Dani: Depends on the mood but I mostly go for Drama 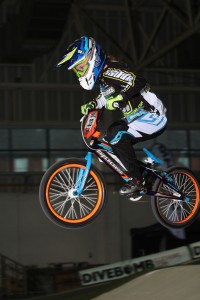 bmxultra.com: What was the last movie you saw at the cinema?
Dani: Fast and Furious 6


bmxultra.com: What do you do when you aren’t racing BMX?
Dani: Go to school, go out to eat, sleep

bmxultra.com: What was your first major win?
Dani: SoCal Nationals in 2007 in San Bernardino.

bmxultra.com: What was your first bike?
Dani: A red Next from Walmart

bmxultra.com: What bike do you ride now?
Dani: A 2014 Supercross Envy V5. My favorite bike yet!

bmxultra.com: I’m sure our readers would like the inside scoop on the Envy V5, what can you tell them about it? What makes it different to the V3?
Dani: It is made with our own tubing which is thicker and stiffer and it also tapers differently at the BB so power transfer is increased. It also features an all new tapered 1 1/8″to 1 1/2″ head tube. 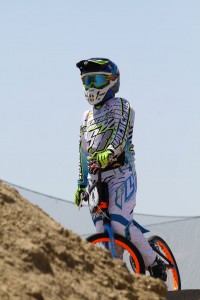 bmxultra.com: What would you say was the highlight of your career so far?
Dani: Winning the ABA BMX Am#1 title in 2011. When I won it, it didn’t mean much to me but looking back, that silver cup is probably the coolest trophy I have.

bmxultra.com: What do you think of it as a nickname?
Dani: It’s pretty cheesy but seems to have stuck with me.

bmxultra.com: Which riders did you look up to as an amateur?
Dani: Kim Hayashi and Bubba Harris

bmxultra.com: It must have been a real hoot for you to have been stable mates with both of them?
Dani: Oh for sure. I met Bubba when I started doing his Supercamps when I was 14 and I met Kim when she got on Speedline. I still have a close relationship with Kim and I consider her my mentor. 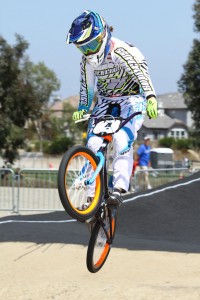 bmxultra.com: When did you get picked up by Supercross?
Dani: The end of September 2010.

bmxultra.com: What does it mean to you to ride for Supercross?
Dani: It means a lot to me not only because I get unconditional support but it also enables me to help out the younger generation and brings me closer to the sport.

bmxultra.com: How important are sponsor to you?
Dani: Aside from the support from my family and friends, they are what make me tick. Bill at Supercross BMX provides me with everything and anything I need, whether it be product or advice. It’s also nice to have sponsors that don’t pressure me. I support them because I want to and because I truly believe that they have the best product out there.

bmxultra.com: If a rider asks you how to get a sponsor what would you tell them?
Dani: I would tell them to focus on themselves and keep riding and having fun. If they do that and always market themselves in a positive light, sponsors will flock to them.

bmxultra.com: It must give you a buzz that you have your own signature handlebars?
Dani: Yeah. It’s pretty cool to have my own signature bar that is tailored to fit me. It also helps promote me and my sponsor. 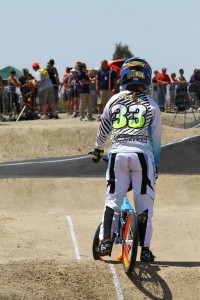 bmxultra.com: What part of your training do you enjoy most?
Dani: Heading out to the track

bmxultra.com: What part of training do you least enjoy?
Dani: Nutrition.

bmxultra.com: Do you ever do any cross training? MTB? Road? Street/Dirt jumping?
Dani: I do a lot of road and I’m starting to do more dirt jumping and MTB. I enjoy it all.

bmxultra.com: How much time do you get to train each week?
Dani: I try and ride some sort of bike every day.

bmxultra.com: Is it difficult to balance school, work, BMX and everything else you do?
Dani: It is difficult at times but it’s all about time management and remembering that life is fun.

bmxultra.com: What are you currently studying?
Dani: Applied Mathematics.

bmxultra.com: How important is education to you?
Dani: Very. It was something I emphasized my whole life. 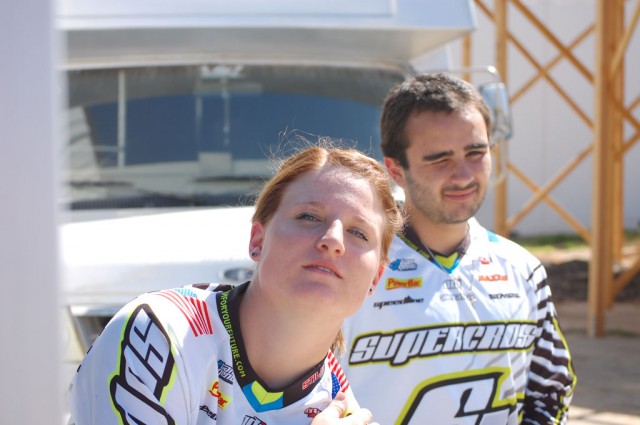 bmxultra.com: How important to an education is a scholarship in the US?
Dani: Nowadays it’s very important. Tuition goes up every year and it is just not affordable for your typical working class, let alone your typical BMX family.


bmxultra.com: Can you explain what DreamForYourFuture.com is all about?
Dani: It’s about emphasizing the importance of education to the BMX community and helping keep BMXer’s dreams alive.

bmxultra.com: Have you been able to benefit from a scholarship?
Dani: Yes. The USA BMX Bob Warnicke scholarship.

bmxultra.com: Who are the biggest supporters of DFYF?
Dani: My Supercross BMX family.

bmxultra.com: Who has been able to benefit from DFYF so far?
Dani: A couple of college students who applied at the beginning of 2013.

bmxultra.com: How can people help contribute to DFYF?
Dani: There is a paypal account set up at Dreamforyourfuture.com and you can also help by buying specialized DFYF products such as the Luna Bars. 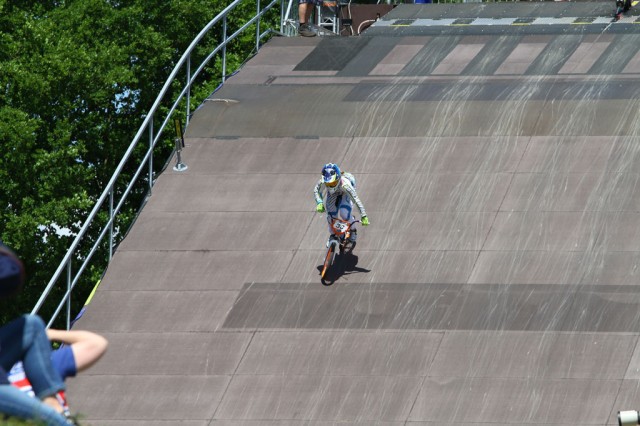 bmxultra.com: What music do you listen to?
Dani: Depends on the day and what I’m doing. I mostly listen to Kanye West Radio on Pandora.

bmxultra.com: What song do you have playing when your are doing your timed run at SX events?
Dani: The Rolling Stones “Paint it Black” for 2013. Classic

bmxultra.com: What do you think of Neil Young?
Dani: He’s rad! 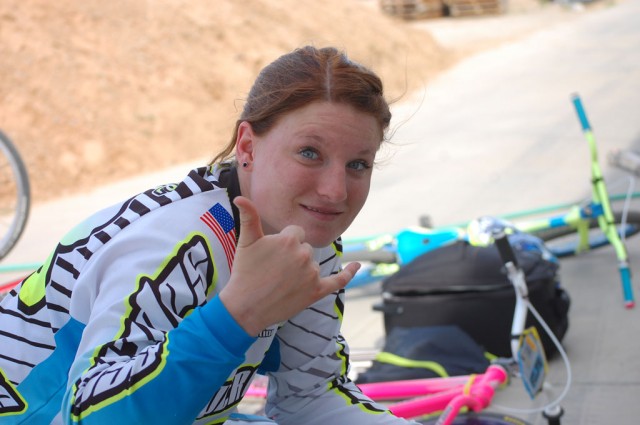 bmxultra.com: If you were asked to name seven other riders to compete in a one lap no…garbage race, who would you choose and why?
Dani: Bubba Harris, Jeremy Rommel, Mike Day, Sam Willoughby, Corben Sharrah, Steven Cisar, and Marc Willers because it would be a good mix of speed, skill and power and it would be entertaining.

bmxultra.com: If you could have dinner with 4 bmx racers or industry people (past or present), who would you invite and why?
Dani: Bill Ryan, Jeremy Rommel, Jared Garcia, and Kim Hayashi because they are a part of my Supercross BMX family and I love them:)

bmxultra.com: What would you eat?
Dani: Mexican food 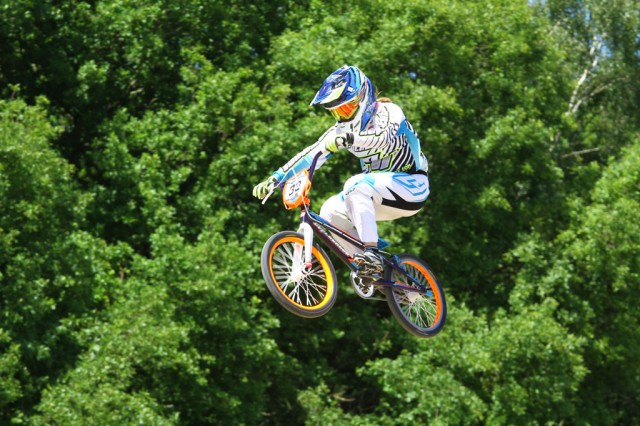 bmxultra.com: Do you think it’s a blow to BMX racers that the USA has only one national body now? And only once chance at a title?
Dani: I was always indifferent about the situation but then again, I had never raced NBL. I never thought about it as now it only gives one chance at the title but I think it’s better. Having one sanction makes that title more prestigious and nationals more competitive.

bmxultra.com: Do you prefer USABMX races or UCI SX?
Dani: USABMX although I am going to make a big push on SX in 2013. SX is so much fun but my heart will always lye with traditional style racing.

bmxultra.com: What advice would you give a young female racer who wants to hit up UCI SX races?
Dani: If you want to do it, fully commit to it and don’t get discouraged. SX races requires experience and the only way to get that experience is to participate in them.

bmxultra.com: Where would you like to be in 5 years? What would you like to have accomplished?
Dani: Racing and going to Grad school and helping others do the same. Five years is a long time so I hope to accomplish many things. Among them, I would hope to see that my foundation, Dream For Your Future Inc., grew and expanded and I would also like to have a USABMX pro title, a SX World Cup title, and an Olympic medal.

bmxultra.com: If there was one thing you could change about BMX what would it be?
Dani: I wouldn’t change anything about BMX. BMX is awesome. I think it would be cool to “add” a pro specific race series though. 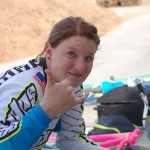 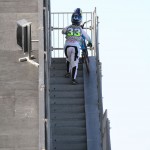 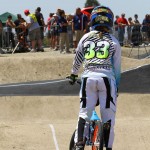 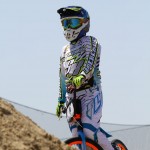 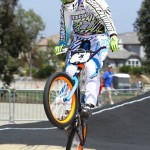 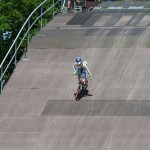 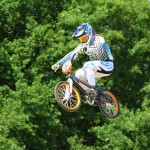 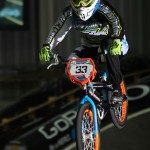 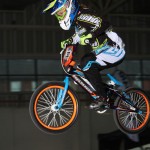 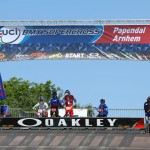 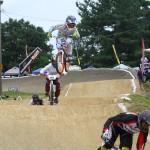 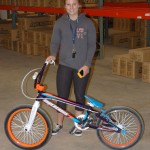 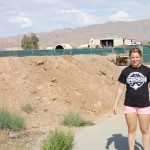 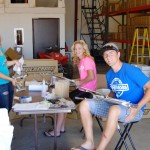 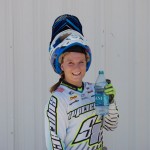 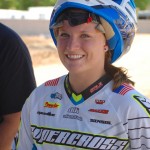 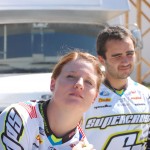