Tanya Bailey is one of the most dominant Elite women on the Australian circuit today which is why she holds the title of Australian Elite Women Champion. She is the only female on the Cassap team. And the first female rider ever interviewed by bmxultra.com. Read on to find out more about Tanya. 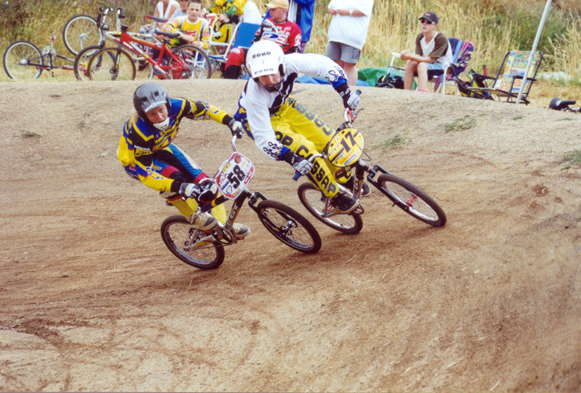 bmxultra.com: How did you get started in BMX?
Tanya: I lived up north in Western Australia where there wasn’t much else to do. My older brother and sisters were busy doing other sports that I was too young for so mum and dad got me into BMX.

bmxultra.com: When and where was it?
Tanya: It was in 1986ish in Karratha, North West of WA.

bmxultra.com: What was your first bike?
Tanya: A Kuwahara Light mini. I crashed in my first race with it, but I’ve still got it in the shed.

bmxultra.com: You started on a mini? How did you get so involved so quickly? Most people started on full sized bikes or a 16″.
Tanya: Well actually I started on some hacker, all I remember about that was it had blue stickers and fat tyres. I had that for about a year first, maybe more, but I consider the Kuwahara as my first real bike. I remember everything from the day Dad brought it home to my first race on it. I think it was my 7th birthday present.

bmxultra.com: Who are your sponsors?
Tanya: Cassap Racing, GT Bicycles, Mum and Dad.

bmxultra.com: Do you have one of those GT Ultra boxes? You know they named them after bmxultra.com.
Tanya: No, the team isn’t being given those.

bmxultra.com: What is your highest ranking at the Australian and World Championships?
Tanya: #1 Australia and #5 World.

bmxultra.com: What kind of music do you listen to?
Tanya: Almost everything, but mainly alternative, rock, and dance music when I’m going out. There’s some good Australian bands around but I like heaps. Not Backdoor Boys etc or heavy metal.

bmxultra.com: Ahh the back door boys…funny that that’s exactly what I call them. Ok so what Aussie bands? Jebediah, Cordrazine, Mark Of Cain…give us names.
Tanya: Powderfinger, Grinspoon, Spiderbait, Alex Lloyd, Regurgitator, the Jebs, Silverchair etc.

bmxultra.com: What do you think of Neil Young?
Tanya: Not much.

bmxultra.com: What are your favourite websites?
Tanya: www.bmxultra.com, TripleJ abc.net.au/triplej, some other bmx sites. I never sit at the computer long enough to check them all out.

bmxultra.com: What do you do for training?
Tanya: Sprints, gym, riding and sometimes a bit of cross training like kickboxing or something.

bmxultra.com: Would you say you are militant about your training?
Tanya: No, not really, I just like to give myself the best chance of winning, no one’s perfect but I like to eat healthy and keep fit.

bmxultra.com: Do you do cross training for basic fitness or is it specifically to benefit you racing?
Tanya: No I mainly do it for fun and to give me a break from routine but it helps in those areas too.

bmxultra.com: Where do you see BMX in 5 years time?
Tanya: I guess that depends on the association and a few other things. I think it needs to be promoted more professional as opposed to being a little kids sport. While the kids make up the sport,  parents these days want to get their children into a sport that has a future, and the kids need to be able to look up to a level they can aspire to.

bmxultra.com: It has been that way for as long as I have been racing, the top end of racing has quite a turnover because people move on to other sports where there is a future or overseas for BMX Racing in some cases. What do you think you could do to help the future of BMX in Australia?
Tanya: We need more media coverage which leads to corporate sponsorships. BMX needs to get to a level here where riders don’t feel they have to cross over to MTB or cycling, or go overseas to get a name for themselves. I don’t know how I can make that happen, at the moment I just like to help the kids and keep them in the sport.

bmxultra.com: If there was anything about BMX you could change what would it be?
Tanya: I wish I had more girls to race against in Australia. I only have a couple of races a year where girls’ racing is competitive, and it’s nothing like the racing in America or at the Worlds.

bmxultra.com: What do you see as being the most significant change in BMX in recent times?
Tanya: I don’t know, lots of little things, clipless pedals, more technical tracks etc, I guess that depends on how recent you mean. If the national series gets up and running there will be a good change to talk about.

bmxultra.com: Who are your BMX heros?
Tanya: I don’t really have BMX heroes, but there’s a lot of cool riders out there.

bmxultra.com: Surely you can name one…don’t be embarrassed.
Tanya: Do I have to? OK, Todd Lyons and Christophe LeVeque. I won’t say any Australians because I know them. Anyone who is a good rider and has a good personality.

bmxultra.com: What is your favourite track?
Tanya: Any smooth track with a normal gate, good first straight length and lots of smooth jumps. I don’t have one particular one because they (the good ones) keep changing. 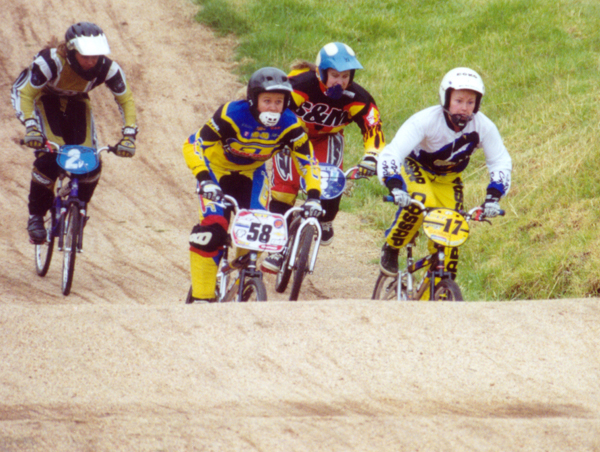 bmxultra.com: Who would you say was the best female rider you have ever seen?
Tanya: There have been so many great female riders over the years, especially in Australia. I think Natarsha Williams, Rachel Marshall and Aliesha Pollard have been the best in my time. Gabriella Diaz from Argentina probably has the most skill.

bmxultra.com: Why do you think it is that Australia can pump out such great female champions?
Tanya: Vegemite

bmxultra.com: Is there discrimination in BMX today? Ever? In what form?
Tanya: There’s the ongoing dispute about the split of prize money but I just go to the races to race and let everybody else argue about it. Although sometimes some guys push it when they complain that we shouldn’t get any money at all because we’re just taking it away from them. I don’t think they really mean that though.

bmxultra.com: How hard is it to get a sponsor as a female rider?
Tanya: I guess I’ve been lucky in that way, I find the hardest thing in getting sponsored is being from Western Australia because we’re so far away from the rest of the country and we don’t get to as many races.

bmxultra.com: What about the males?
Tanya: Too many to mention.

bmxultra.com: What do you do for a living?
Tanya: Work in an office.

bmxultra.com: Do they ever say anything about BMX when you ask for some time off for racing or training?
Tanya: They tell me to go and kick ass. (but not hurt myself or I can’t work)

bmxultra.com: Have you ever thought about going to the US to race professionally?
Tanya: Definitely, I would love to if the opportunity came up and I had enough money.