Supercross BMX officially released their 2014 product lineup at Interbike last week. The new V5 and ENVY BLK (carbon) have caused quite a stir, but fans of the Supercross brand know too well that Supercross didn’t just appear over night, in 2014 they will be celebrating their 25th anniversary.

To celebrate Supercross will be releasing a limited edition 25th Anniversary cromo frame called the 450z. There are a couple of photos 0f the 450z  in the catalog but we have been given a few more to share.

These images are of the frame that was shot for the catalog. The 450z frames weren’t available at the time of the photo shoot so a 2013 Supercross Bolt LT frame was stickered up and used as a stand in. 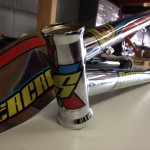 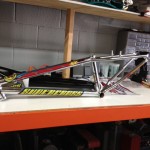 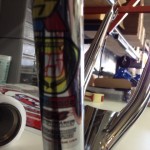 Here’s a photo of an actual 450z in 24″ Pro XL. Not only did it miss the catalog it didn’t make it to Interbike either, so this is the first photo released to the wild (it was released earlier today on Facebook at www.facebook.com/SX4130). The photo was taken straight after heat treat process and just before the frame was about to head to paint. 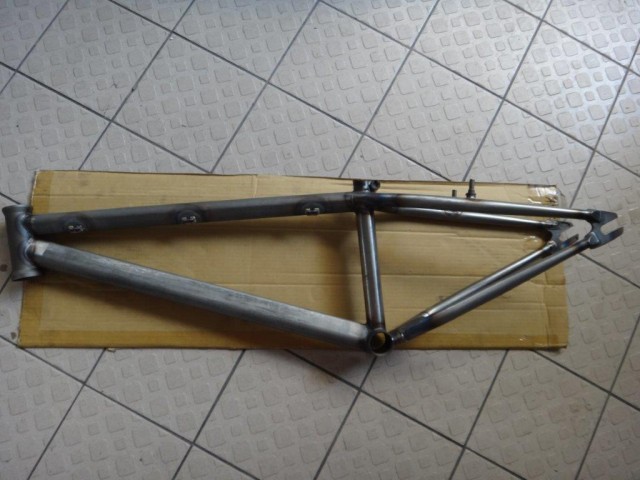 All of the production frames will be chrome. There are 4 sample frames that will be painted. Two of the samples will be making their way to Australia.

Production models aren’t expected to be available until around January 1.

For more information about Supercross and the 450z check out the 2014 catalog.

« ONE Bicycles at Orange Blossom
|
Protect your bike against theft »