While Fate Products have been around for some time they recently released the Rat Rod frames that have been gaining attention from USABMX’s Pull Magazine and my old friend Al over at SugarCayne.com. Over the past weeks it’s been hard to ignore the Fate Rat Rod frames popping up in my social media feeds with the Fate crew hitting up events and new riders being added to their team. So I figured it was time to find out about the new frames. Matt Kocher from Fate took the time to answer some questions, this was the outcome. 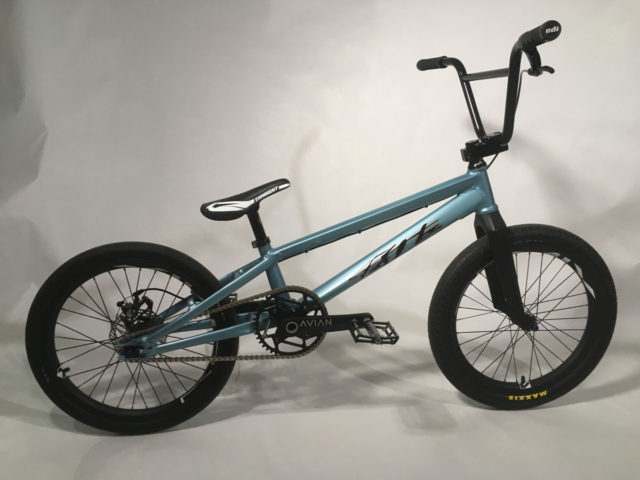 bmxultra.com: When did it all start for Fate Products?
Matt: Well to sum up I started drawing from designs back in the 90s. My dad had his own welding shop and it interested me on designing frames. But I really didn’t do anything until the start of 2006, with a few hundred dollars I made some t-shirts and hats and then I didn’t make the first hard parts until 2015, I think.

bmxultra.com: What were your first products?
Matt: Besides the soft goods in 2006, in 2015 I did a small run of handlebars just in one size and two prototype frames, which was a chromoly race frame and a freestyle frame, which I like to call a hybrid because it has all the features of a freestyle frame except it has more of a race geometry to it.

bmxultra.com: How did you come up with the Rat Rod frames?
Matt: I wanted to do something different that wasn’t being done. I’ve ridden a bunch of frames throughout my years, chromoly and aluminum. I’ve always been a fan of chromoly frames but they flex too much, so what I wanted to do was design one that was super stiff but up-to-date on geometry compared to everything else that’s on the market plus have the features of your high-end aluminum and carbon frames. So with updated specs I’ve also included a tapered head tube and dropouts that have built-in chain tensioners and axle blocks to accept all three axle sizes 10, 15 and 20mm. 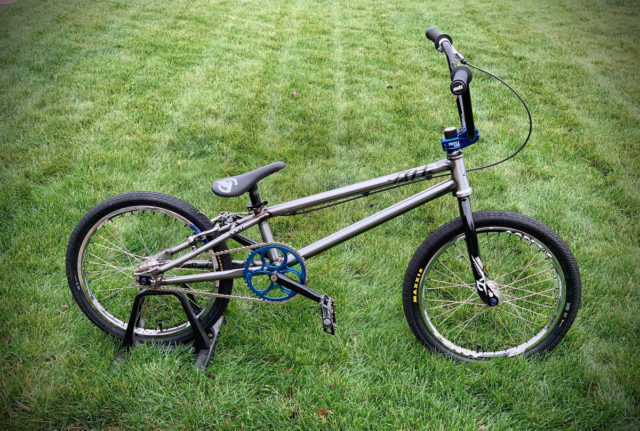 bmxultra.com: Why chromoly and alloy ?
Matt: First off we wanted to start with the Chromoly frame just because it something no one else is doing. But with the common customer they are looking for something light weight so I always planned on doing an alloy frame. If everything goes well, which it seems to be, we will be doing aluminum disc brake specific frame and a titanium frame also. 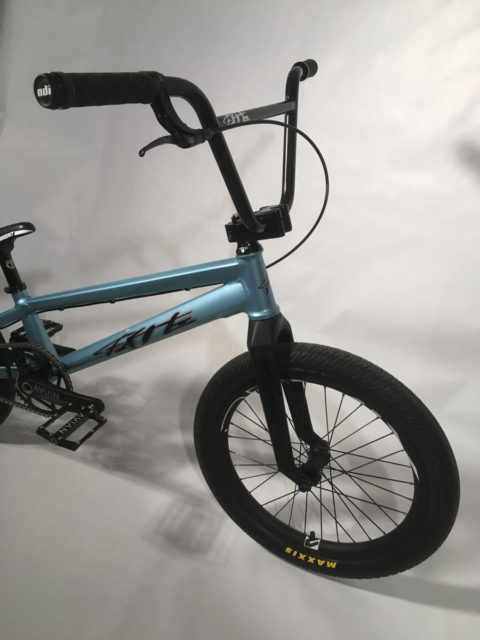 bmxultra.com: What makes them different?
Matt: The chrome Ali frame is something that’s not being done in the market right now. When doing this one we definitely wanted a few key factors being tapered head tube, adjustable drop outs with the built-in chain tensioners, updated geometry and stiffness. And as the end result these frames are rock solid to where you have riders on high-end aluminum frames that actually prefer to ride this one over their current aluminum frame.

On the aluminum frame I wanted something where it was clean looking to get rid of all the curved goofy looking tubing and over done graphics. So it actually has a cleaner look but still kind of edgy at the same time. This frame came out way beyond my expectations as to it being a XXXL (22.25”) it only weighs 3 pounds even, which puts it at one of the lightest aluminum frames on the market, which was not what I was going for. This frame is also extremely stiff. I run a hard gear which this is set up at a 44/15. At grands I let pretty much everyone take it for a ride in every rider said it felt like a normal 44/16, that’s just an example of how stiff the frame is to where your power goes directly to the ground and you don’t lose your power because of the flex in a frame.

bmxultra.com: Why 20mm dropouts?
Matt: I design it on both frames so the rider can run whatever axle size they wanted, and of course oversize axles end up stiffening your rear triangle on the frame. 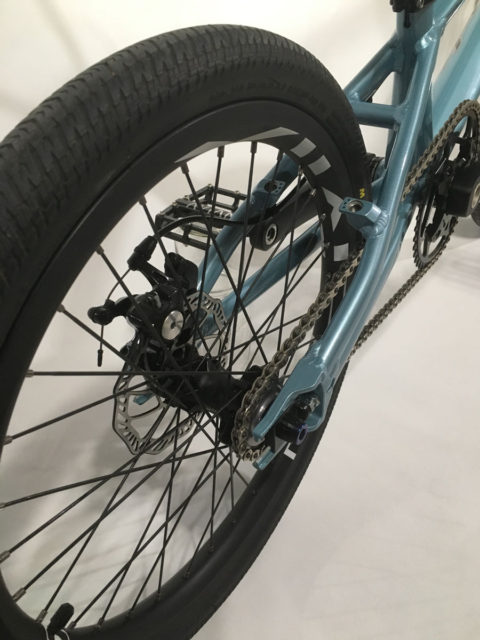 bmxultra.com: Why a tapered head tube on a cromo frame?
Matt: Tapered head tubes are becoming the norm for any high-end or decent frame. We have it on both frames because it has proven to be stronger and stiffer, plus it opens up more options for a rider to choose from. 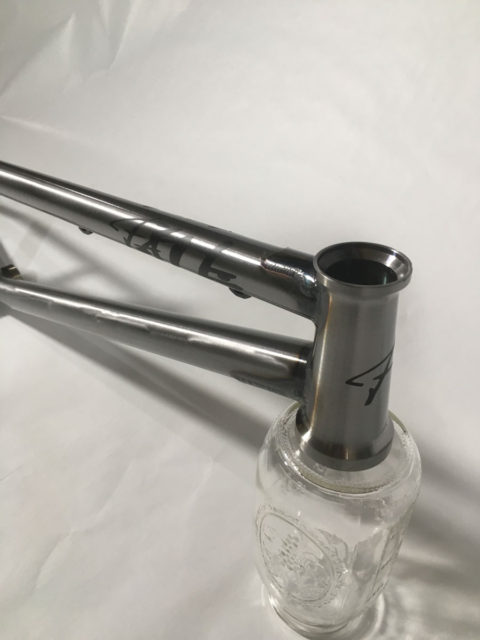 bmxultra.com: Where can you find specs?
Matt: Right now we don’t have a website done quite yet but we do have some stuff on our Facebook and Instagram pages, there’s also an article on sugarcayne.com that has the info also. Otherwise they can always message me to get full list of specs.

bmxultra.com: Why did you wait for a global pandemic to release a race frame and how difficult did it make the production of the frame?
Matt: The plan was not to wait for the pandemic LOL. We already did the prototype frame a year before the pandemic hit and we actually placed the production order before the pandemic came out. So we ended up getting the production run in February and then two weeks later is when everything got shut down. So it was extremely hard to try to market and sell a new frame brand with no races. I think we hit four nationals and Grands last year. But there was no state season in Wisconsin and the nationals kept switching up so it was really hard to plan and travel to those events. I basically relied on social media with Instagram, Facebook and word of mouth. Fortunately last summer sugarcayne.com saw the products and decided to do a write up on it which got more attention and they did a couple bike of the day bike checks. Then in the fall I hit two nationals and USABMX was super interested in it and they ended up doing an article in the Pull magazine which came out at Grands. The overall beginning of the year was tough but towards the end it started to pick up. 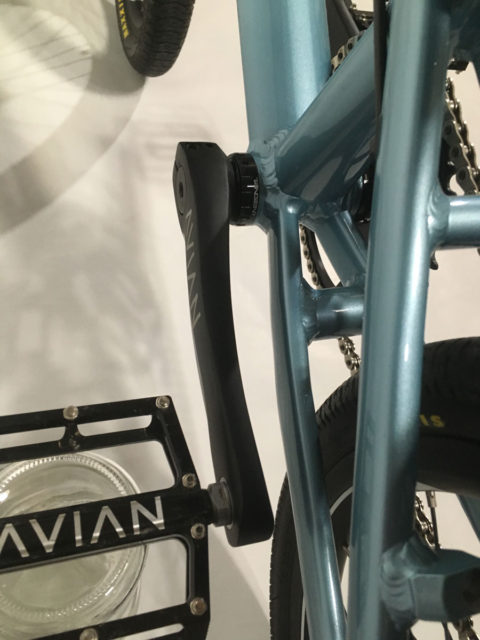 bmxultra.com: Is there anything special you need to do to make the frames stand out from the crowd or do you think over time the frames will speak for themselves?
Matt: With the Chromoly frame I really wanted to do something different. Chromoly frames have been the same for years and there was always room for improvement it’s just that no one’s done it yet. So it’s got a tapered head tube with adjustable drop outs and built-in chain tensioners in the geometry is more up-to-date. The frames have a little bit more of a unique look with the low stand over height so they do stand out and speak for themselves and the feedback from the riders is nothing but positive.

bmxultra.com: Where are the frames manufactured?
Matt: We had the first race frame trail frame and handlebars made in the USA, but with what I wanted to do with the frames it made more sense to go overseas. A lot of the stuff we couldn’t do here to make them exactly how I wanted them.

bmxultra.com: What do you have planned for the future of Fate?
Matt: So for the future of Fate Products the original plan was to expand that brand into more components besides a couple other race frames and the freestyle market. But I recently decided to keep fate Products more of a frame company with the exception of a couple handlebars headsets and seat. There will be a separate components line for race parts and another separate components line for freestyle parts. So we have finalized our trail and freestyle frames which should be coming in at the end of the year. And with the race frames we’re going to expand by doing a aluminum disc brake only frame and toying with the idea of a titanium frame. Besides product wise we are expanding with cosponsoring certain teams and riders and hitting as many events as possible in the USA. We also have some pretty cool projects were working on which will come out later.

bmxultra.com: Where can the frames be purchased from?
Matt: Right now the frames can be Purchased through Gear Head BMX, llc which is the BMX specific bike shop I also have. 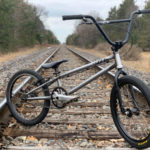 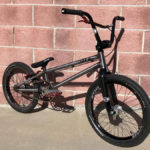 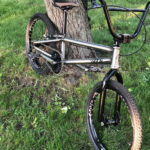 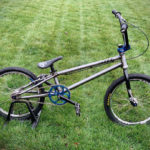 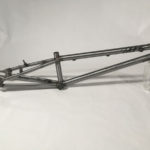 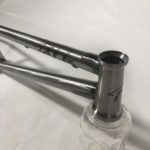 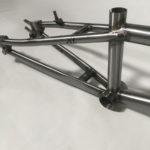 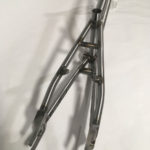 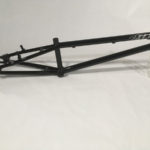 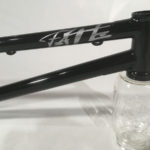 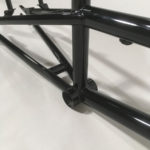 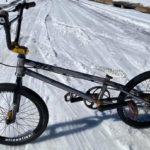 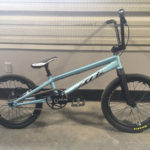 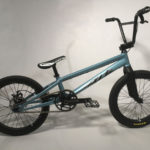 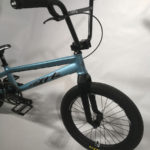 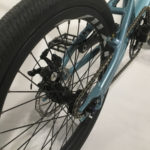 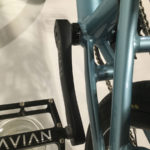 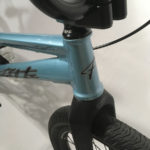 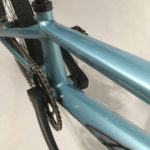 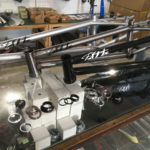