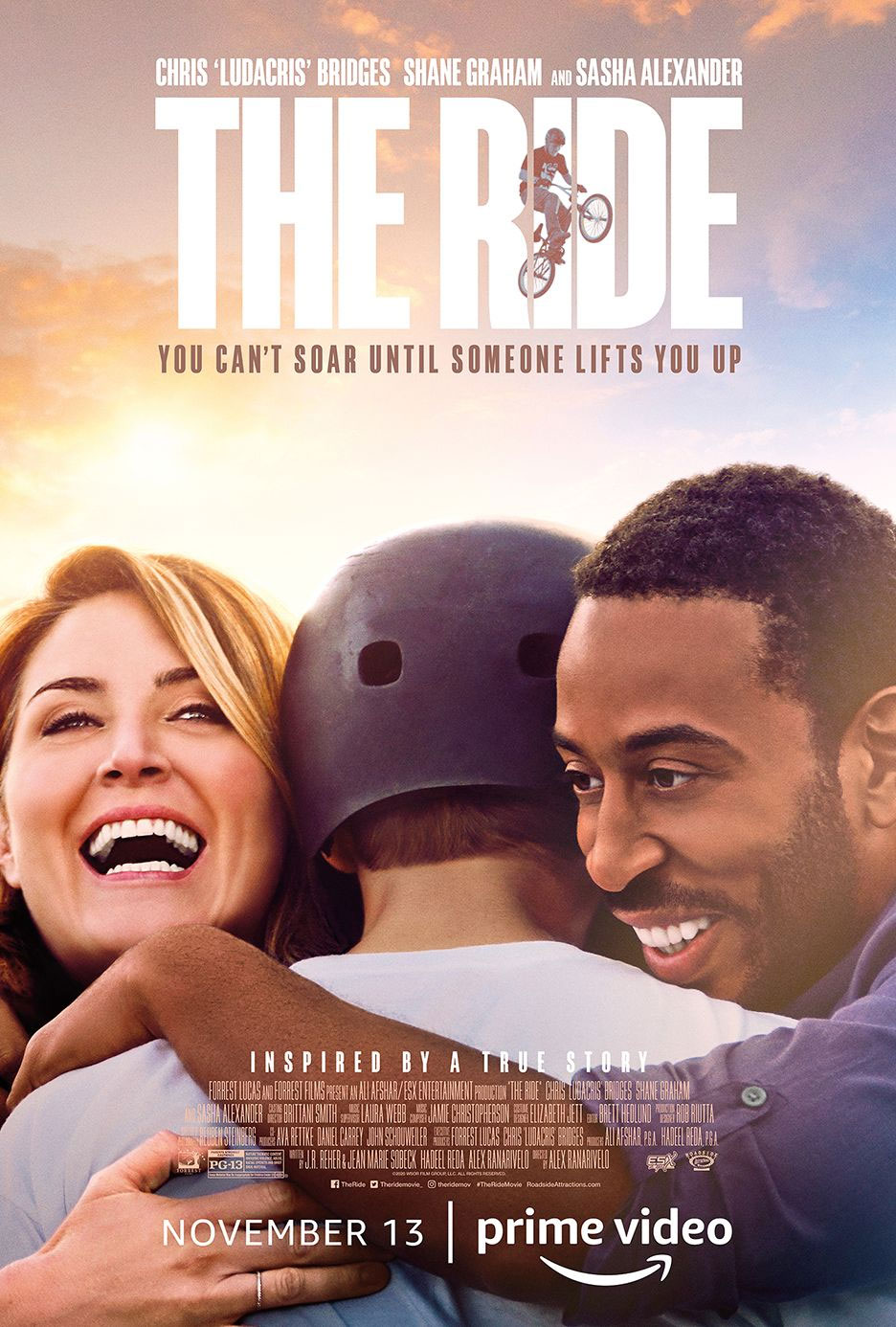 From the inspiring true story of extreme sports legend John Buultjens, THE RIDE follows John McCord, an athletically gifted youth who triumphs over a troubled upbringing. After a violent, racially-charged incident lands John (Shane Graham) in juvenile detention, he is finally placed with an unlikely set of foster parents, Eldridge (‘Ludacris’) and Marianna Buultjens (Sasha Alexander), an interracial couple who want to provide a fresh start for the tormented youth. Eldridge makes it his mission to overcome the challenges of John’s white supremacist upbringing and slowly begins to forge a relationship through his foster son’s fascination with extreme sports by giving John his first bike. Rooted by this newfound passion, the family builds a bond of mutual respect, love and together they speed toward BMX glory and ultimately, redemption.