It’s been nearly two years since I first took a look at the Alienation Bullitt hubset for review. I have been using them ever since, they sure are a sweet wheelset and can take a hiding. Even two years later the colour is still as vibrant, the hubs still spin forever and the cassette doesn’t miss a beat (without any servicing at all). Well Alienation and ECI, the Australian distributor, shipped me a new set of wheels with the Alienation Royal hubset, built into a Deviant front rim and a Runaway rear rim. A sweet build to say the least, but I have learned to expect nothing less from the Alienation brand. I have to say everything that I have seen from Alienation has been impressive, which is why I consider Alienation one of my favourite brands, and it’s why I continue to use their grips and hubs on my race bike. 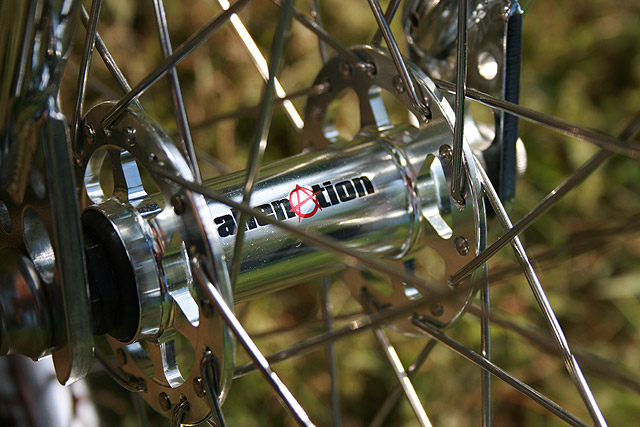 With the Royal hubset Alienation continues to push boundaries and do things their own way. The cassette mechanism for the Royal hub is the exact same as the Bullitt hub.

It’s the engagement system that sets the cassette mechanism apart from others. Most hubs engage at 10 degrees, King is 6, Ringle is 10 and Alienation are 12 which is the mountain bike standard set by Shimano.

There are many advantages over other hubs

Alienation’s design sacrifices engagement for an effortless hub with minimal drag. The theory behind it all is based on the fact that tracks are a lot more technical now than they ever have been. You might have a sprint down the first straight on a track but for the rest of the track you need to pump, manual or jump your way through with little opportunity for pedalling. Decreasing the drag and allowing the hubs to spin more freely provides a massive advantage over a couple of hundred meters.

In a world that’s going crazy over engagement points I’m glad that Alienation aren’t beeing sucked into that vortex. There’s something about their hubs, it’s like a statement to the BMX world that you can race for the most engagement points and we’ll just get our riders to the finish line as quickly as possible. A two finger salute if you will, to say I will not conform. 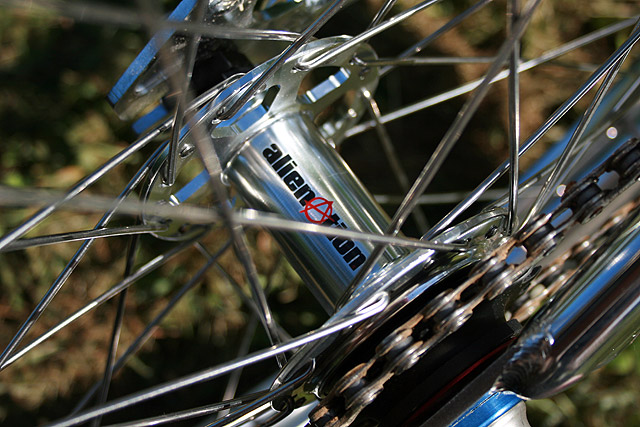 Like the Bullitt hubs, the Royal hubs have a bit of a throw back look about them, a homage to BMX past perhaps. I have heard a number of people say they look like the old Campagnolo Track hubs, which is probably more the case because I have the polished hubs.

The biggest differences between the Bullitt and the Royal is obviously how they look, the Royal has a more stripped back, bare bones look about it, but there is a noticable weight savings when you look at the numbers.

Even compared to Profile hubs, which I look at as a benchmark, mostly because they are so common, the Royal Hubs should satisfy the weight weenies.

How do they feel to ride? They don’t engage immediately, but then again very few hubs do, so that wasn’t new or unexpected, and after finding out more about how the hubs work and why they do what they do it’s understandable. When it comes to accelerating they work just fine, I’d go as far as saying perfectly. I found they roll exceptionally well too. 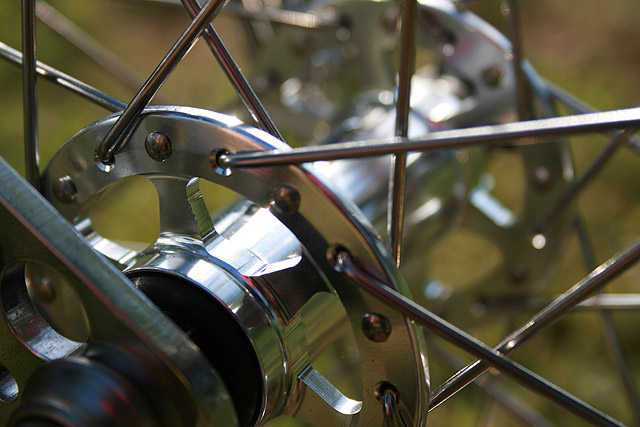 The hubs come in a limited colour range, I love the polished, but there’s also black and white. 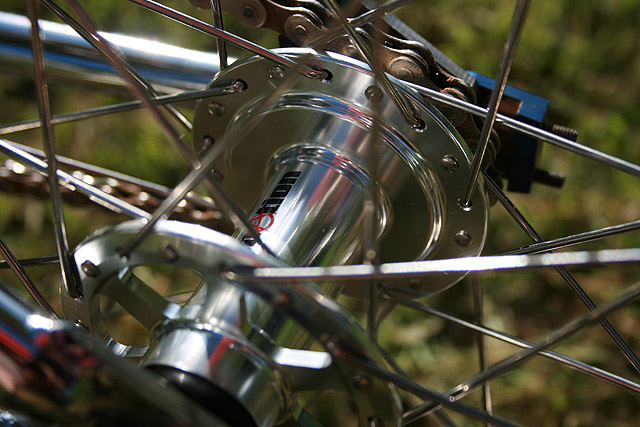 One thing with the Alienation hubs that I really like is the adjustable chain alignment. Sure, it probably comes standard on most hubs, I haven’t really noticed. But changing your chain alignment is as simple as removing the cog and spacers and reconfiguring them to suit your needs. That’s something you can’t do with a freewheel.

Before we wrap up Alienation also sent a modified Bullitt hub to show exactly how the hub works. Remember the Bullitt and the Royal use the same driver and hardware, it’s the hub shell that’s different. 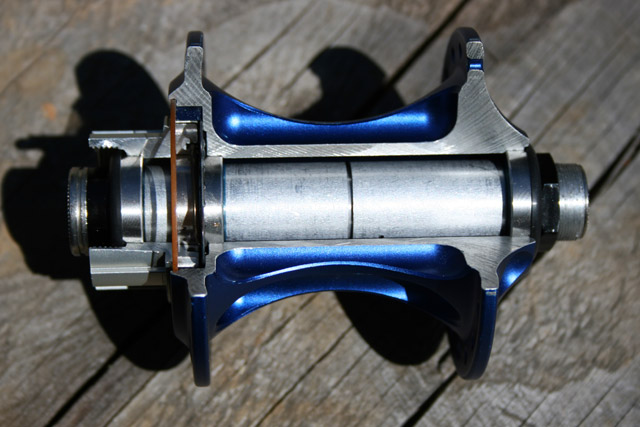 In this photo you can see how all of the six pawls engage and disengage simultaneously. A keen eye would see that the pawls are built into the hub and not into the driver. Of all the hubs we have ever looked at this is very unique to Alienation. 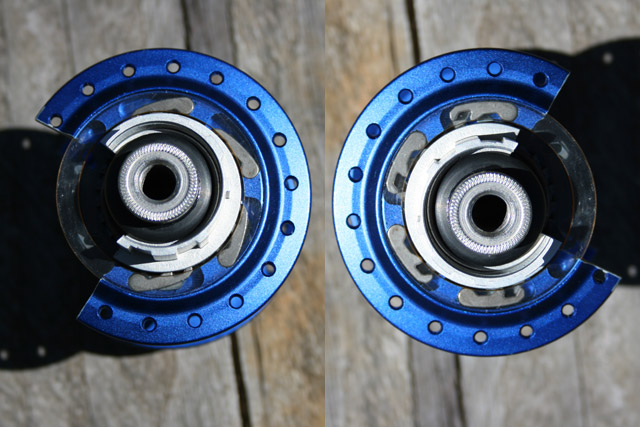 Spin, spin, spin… if you want to see some of the best spinning hubs in the business make sure you check out some Alienation Royal Hubs.