When GHP released the 2016 G1 race frame we had the opportunity to take a close look. GHP have been making an impact with their frames of late. The low priced frames are packed with features and a race proven geometry developed by one of the sports biggest legends, it’s understandable they have a growing following.

The most obvious changes from the last model is in the front end. GHP have used very different top tube and down tube this time around. The striking new graphics have more of a Nascar styling about them. GHP have also fallen into line and are now using a standard 45/45 Campy compatible headset. The frame also has a lower stand over height that has become the norm for modern race frames. The changes aren’t just cosmetic though, there have been tweaks to the geometry with most of the frames now supporting a shorter rear end. 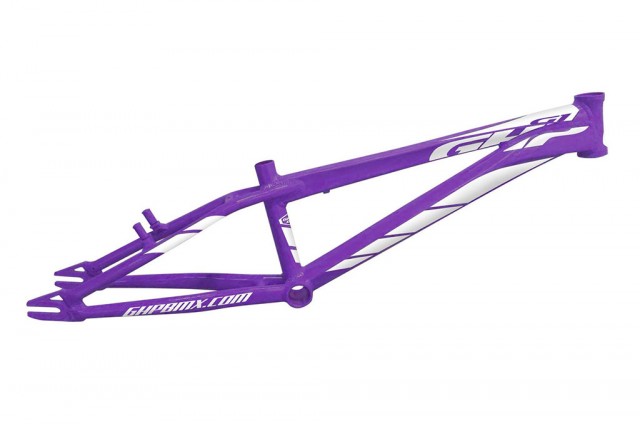 bmxultra.com’s own Dane Anderson has been racing the older GHP frames so we asked him to do a comparison for us. Clearly he’s a big fan of the brand but makes some interesting points.

At the end of 2014, I had the opportunity to ride the 2015 GHP frames which saw the introduction of a 22″ top tube for the 20″ Pro XXL and 24″ XL models, and the newly designed rear end. These frames not only rode great but looked the part too. For 2016 Greg Hill wanted to redesign his frames to make them the best yet, and it’s safe to say, that he has done just that! There are the obvious developments such as the new front triangle but also some others that only on close inspection that you will notice, and see that Greg wanted to make a serious impact with the G1.

That front end…
It’s the first thing that catches the eye, is the extensively designed hydro formed top and down tubes, and it looks awesome! Greg spent a considerable amount of time designing the front of the G1 to make it stiff and strong while lowering the stand over height to keep it up to date with industry current trends. The hydro forming goes all the way down to the bottom bracket shell and is shaped to minimise the bottom bracket twisting. The head tube remains mostly the same as its predecessor, except the addition of the standard campy style headset.

Back side..
The rear end of the G1 to the untrained eye looks to be the same as last years model, and there are some elements that have stayed the same such as the dropouts and and the legendary signature seat stay bend.
What has changed is the size and design of the chain stays. Last years model had a indentation for gear spacing, but the updated design is clean and really shows that this frame means business. The tubing is slightly larger and is nicely shaped section which adds rigidity and gives plenty of room for those who like to run some big gears.

Finish…
From the first GHP I had owned (in 2010) the finishes have always been clean, on trend with colour combinations, eye catching and most of all durable. The G1 has maintained that level quality finish, with nice glossy powder coat in vibrant colours. The purple frame stands out from the crowd, as do the rest of the colour options in the 2016 range, and gives the rider endless options in adding their own personal touches with splashes of colour with components to compliment the frame.

How does it ride..?
There is a substantial difference between the 2015 model and the G1. The frame and its new developments provides a positive, stable, balanced feel when manualing, and jumping and with the new lower, stiffened up front and thicker rear not only provides a balanced blend between stiffness and flex, it drives the power to the rear wheel with ease. It has retained the same race proven geometry with the addition of a nice and roomy 22″ top tube, which is perfect for me, being 6’4. I run the OS20 set-up, and have done for the last 18 months, and fits perfectly in the G1, with very minimal modifications.

Overall..
The G1 carries a $425 rrp, which is very competitive in the current pricing of high end race frames. Its strength, weight, race proven geometry, design and finish makes it hard to look past the G1. GHP have really taken things to the next level. This frame is great value for money, a serious race machine and is one of the best frames I have ridden.

(While Dane does use the OS20 wheel size, the GHP is designed for standard 20″ wheels) 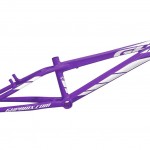 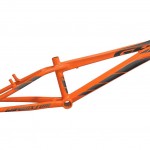 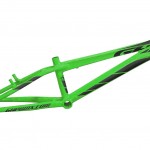 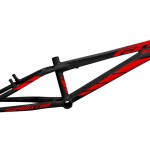 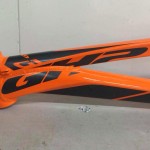 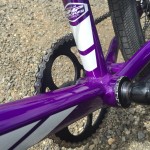 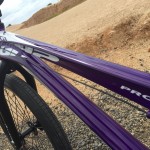 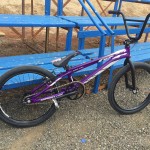 If Dane’s reaction is anything to go by the G1 frame is certainly worth a look, he’s raced a lot of frames and it’s a big call to say this is one of the best he’s ridden. But you don’t have to take his word for it. Check it out for yourself.

For more information about GHP check out www.ghpbmx.com. GHP G1 frames are available across Australia via PK Racing check them out at www.ghpbmxaus.net.au