The new Profile Racing Nomad Rear Freewheel hub is a welcomed addition to the expansive range of Profile hubs. It’s a range that has certainly grown somewhat of late. No matter what you were looking for in a hub Profile has you covered. They have their staple Mini and Elite hubs in a wide range of colours, axle sizes and upgrade options to suit your needs and your budget. But it doesn’t stop there, the options are almost endless.

There has been a growing under-swell of people who prefer the more traditional threaded freewheel hub over the current standard of the cassette hub. When Profile released the Elite Freewheel with 140 points of engagement all of a sudden the freewheel option, which was mostly considered “out dated” or “old school”, seems very much relevant again, a true alternative to high engagement cassette hubs. 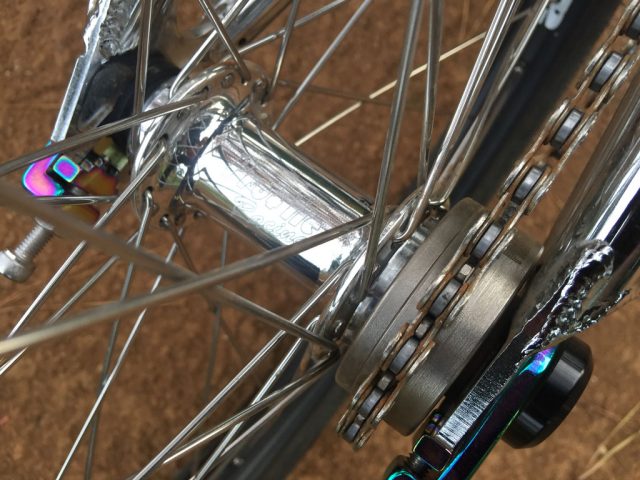 I know a bunch of you would be wondering ‘why a new freewheel hub in a modern era?’ It isn’t that ridiculous when you think of it. There are some distinct benefits with Freewheel options.

If that’s not enough for you BOX state on their website “Marc Willers, Caroline Buchanan, Kurt Pickard, the Dutch National BMX team and many other of the world’s top elite and amateur racers have been winning on … freewheel hubs …“. 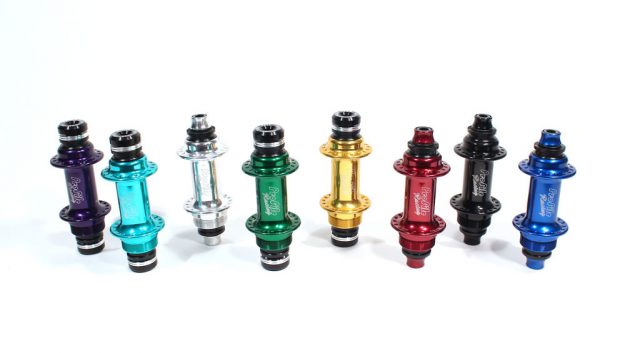 I remember having a conversation with wheel builder extraordinaire John Kovachi about cassette vs freewheel when cassette started to take over the hub market and, at the time his preference was freewheel, he said for cassette to be as reliable as freewheel the hub must be regularly serviced and well looked after.

Over the years I’ve heard of cassette hubs letting people down when driver lock rings come loose and cause all sorts of issues but never seen a freewheel come loose, that said though cheaper freewheels, like Dicta, should be avoided like the plague, they do have their problems. The only thing I can think of that’s likely to go wrong with a freewheel hub is the freewheel, with a cassette you have a number of potential issues. Not that many people carry spare drivers, springs, pawls, lock rings, driver bearings and spacers, ratchet rings, etc. But it’s a whole lot easier to carry a spare freewheel.

Simply put a Profile Nomad/Elite Freewheel combo is a light weight hub option. Check this out. 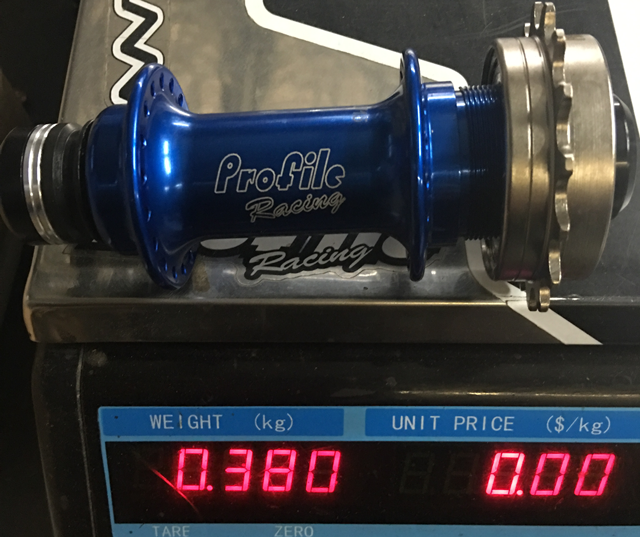 I like that the Nomad hub can be customised to a budget. If you want a high end hub freewheel combo and must have the higher engagement option but don’t have all the cash up front you can build the wheel with a cheaper freewheel and upgrade to the more expensive Profile Elite Freewheel at a later date. This isn’t an option for cassette hubs.

The Profile Nomad Freewheel hub is a little better on the budget than the Profile Elite cassette hub, and most other Cassette hubs for that matter. 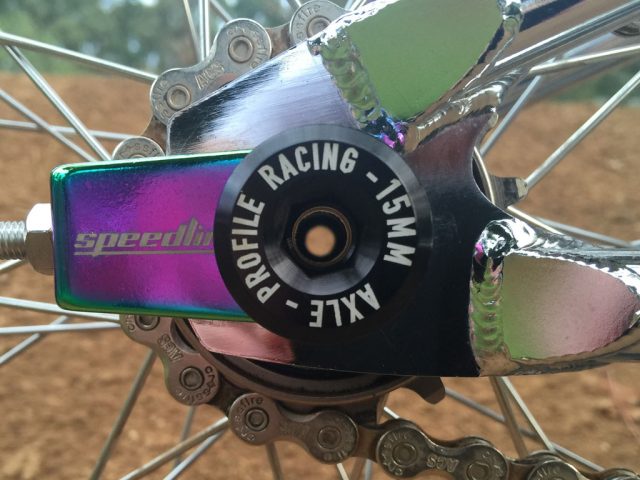 Firstly I have to say how impressed I am with the look and weight of the wheel set. It was another quality set of BMX wheels from the ECI stable, built with a Profile Nomad Freewheel rear 15mm hub and and Elite Front 20mm hub laced into tubeless ready Alienation Mischief & Malice rims finished off with 14g stainless steel spokes and brass nipples. The total weight including a Profile Elite 16T Freewheel is only 1,650 grams. You would have to agree they look awesome. 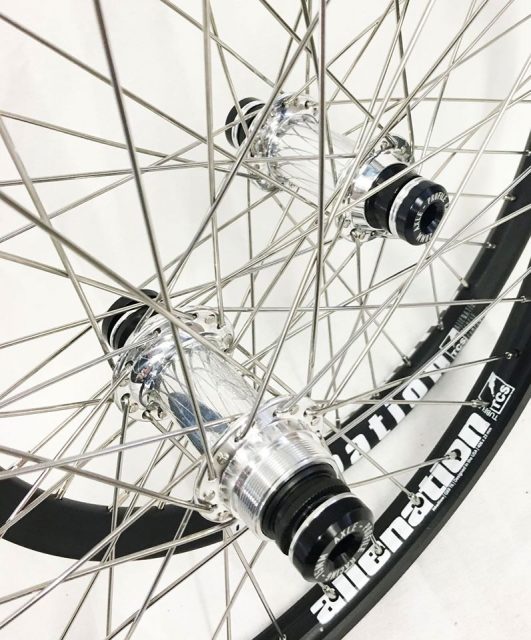 So back to how they ride. I’ve spent a few months with the hub, riding tracks, jumping, pump tracks and racing and the hub hasn’t skipped a beat. While riding I can’t tell if I have a cassette or a freewheel on the bike.

One thing I noticed, almost immediately, and that is that it’s much quieter with the Profile Elite Freewheel than Profile Elite and Mini cassette hubs when freewheeling, which is perfect in my books.

Oh and if you have read the review of the Profile Elite freewheel you would have picked up that we had issues with the Freewheel being much wider than traditional freewheels so on an older hub it had to be spaced out carefully to clear the spokes and the dropout. Paired up with the Profile Nomad hub though that’s not an issue, just screw the Elite freewheel on and you are ready to drop your wheel straight into the bike and hit the track.

Believe it or not, the amazing Nomad Freewheel hub has it’s limitations, but nothing that can’t be overcome easily. It’s threaded only on one side as apposed to the flip-flop variety of freewheel hubs, so it can only take 16T and larger freewheels. If you like your 15 teeth or smaller cogs this isn’t for you. But it’s not the end of the world there’s always the opportunity to change your gearing setup to work with the hub. 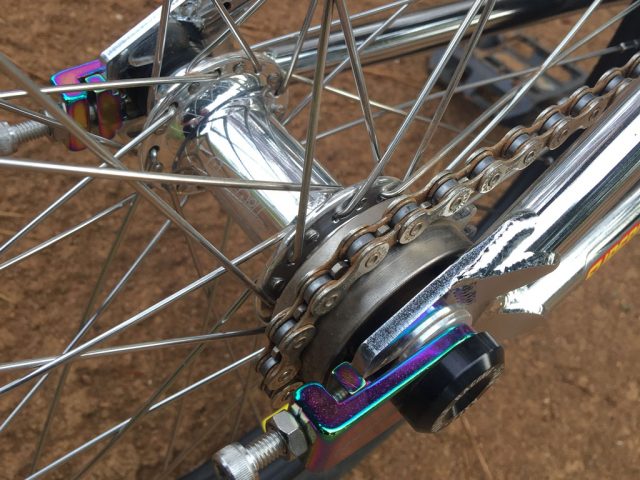 Also there isn’t a 20mm step up axle bolt option, but it’s likely if you have a 20mm dropout you will have the 10 and 15mm step down drop out adapters already.

Is a freewheel hub still relevant in a modern race era? Absolutely, with the Profile Elite Freewheel it’s comparable with some of the best cassette hubs available.

Am I a freewheel convert? That’s a tough call. I have been very happy with my Alienation Thrust cassette hub that’s been reliable and problem free for over two and a half years. Similar to the Profile Nomad, it’s easily converted from 10mm to 15mm and back with only needing to change the axle. It’s also free spinning. (Two features I find appealing in a hub.) It’s a close race that’s for sure, but I’d certainly be happy with the performance of either hub options. Profile’s Nomad hub wins out though when it comes to colour options. 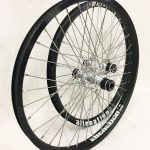 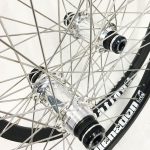 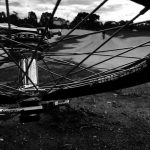 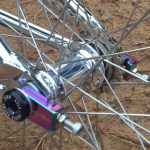 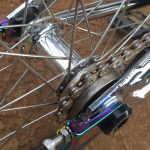 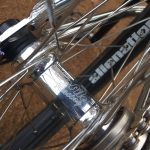 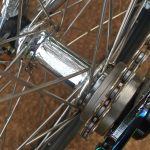 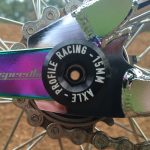 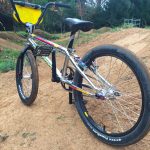 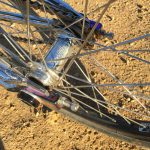 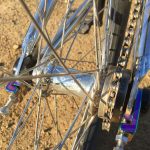 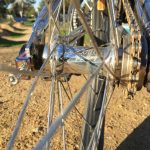 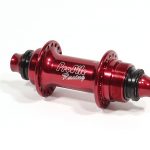 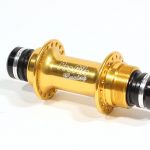 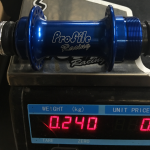 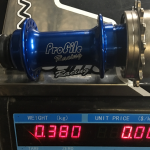 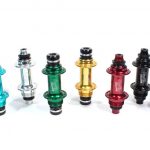