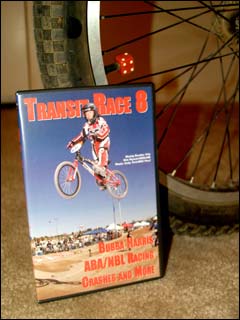 The Transit Race series of DVD’s are a great way to get that BMX hit when you can’t make it to the track. Over the weekend I watched Transit Race 8 since I had car problems and couldn’t get to the ABA Nationals at North Carolina. The next best thing was to sit down and flip TR8 on.

I noticed all the races were held on the West Coast of the US and not much from the East except for the NBL Christmas Classic at Ohio and the trails at Massachusetts. The other races captured on TR8 are;

I hope you all enjoy Transit Race 8.