Alice Jung took out the 2001 ABA #1 Pro Womens title after only racing as a Pro for 2 years. Some say she got lucky, but since then she continues to prove that she’s more than worthy of the #1…read on to find out more about Alice. 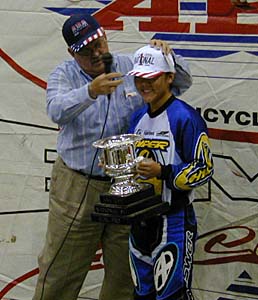 Who is Alice Jung?

bmxultra.com: How long have you been racing?
Alice: I’ve been racing for 6 years and I’ve been pro for 2 years.

bmxultra.com: How did you first get started in BMX?
Alice: I wanted to race mountain bikes for a long time but my parents weren’t really into me doing any kind of sports. Finally, I convinced my dad to give me money for Christmas right before my 14th birthday and I went to the bike shop to buy a mountain bike. Unfortunately, they were a bit out of my price range so the guy at the bike shop told me about BMX racing and I went out to the local track with my cool Dyno Nitro (laughter) and gave it a shot. I was hooked as soon as I rode the track. To be honest, I was so scared at first that it took me over 3 months of watching races before I even signed up for a membership! I’m really glad I eventually did because it’s been the best thing to happen in my life.

bmxultra.com: What was it like to win #1 ABA? Was it expected after such a short time as a Pro?
Alice: It was the best thing that had happened to me in my whole racing career. I’ve never had a national number 1 in anything so I was pretty thrilled. I went into the race with a chance to win and there was an enormous amount of pressure that I had put on myself but I tried to go into it with a positive outlook. It didn’t help when, while training at the gym 3 weeks before the race, I tore some muscles in my lower back and had to go to the ER. I took the rest of the time off until the Grands so I didn’t know what to expect. I just hoped that the training I did before I got hurt was enough. In practice at the Grands I didn’t feel horrible but I didn’t feel as good as I wanted. All I could do was hope for the best and try my hardest. It worked out great in the end. Luck was on my side. 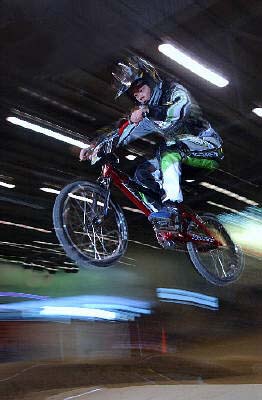 bmxultra.com: Did you get any bonuses from sponsors for winning the number 1 title?
Alice: No. Last year wasn’t easy sponsor-wise but I didn’t care. All I wanted was a number one on my plate. It’s all that really matters to me.

bmxultra.com: Is it possible for a female BMXer to make a living from BMX alone?
Alice: I don’t think so. I know that very, very few girls get paid to race BMX. There’s no way I could live off of BMX. Hopefully in the future the opportunity will be better for us, but for now if you’re a girl and you want to race for the money you might as well quit because it’s virtually impossible.

bmxultra.com: Is sponsorship any easier this year?
Alice: This year sponsorship is much better. I had some offers after I had won but I thought each of them through and decided that my current sponsors would make everything the easiest on me, where all I needed worry about is racing. I’m very lucky to have a great group of sponsors for this year.


bmxultra.com: I’d like to say a couple of names, let me know of the first thoughts that pop into your head;
bmxultra.com: Jamie Lilly
Alice: The most dominant girl racer ever
bmxultra.com: Natarsha Williams
Alice: Mad horsepower
bmxultra.com: Tanya Bailey
Alice: Enormous quads
bmxultra.com: Kim Hayashi
Alice: Damn, I hate it when people call me Kim Hayashi. (laughter)
bmxultra.com: Oh, what about one more name…Mike Gul?
Alice: He’s the nicest guy I’ve ever met. No one knows how much he loves this sport and how much of his heart and soul he puts into it. He’s going to be a threat in AA someday whether they like it or not!

bmxultra.com: You spend a lot of time on the road racing and doing clinics…tell us…what are the road trips really like??
Alice: (laughter) Road trips are not too bad on my end. I never have to drive because I don’t have a car so I don’t have much experience behind the wheel. As for Mike, road trips suck really bad because he drives the whole way, watching me sleep, and then has to race afterwards. (more laughter) As for clinics, they’re always fun to do. I like hanging out with the kids because they crack me up. It gives me an good opportunity to make some extra money, ride different tracks, and meet a lot of great people.

bmxultra.com: What’s you favourite track?
Alice: I don’t really have one favorite track but I do like riding at Chandler BMX (my home track), Black Mountain BMX, and Elgin in Illinois.

bmxultra.com: What’s your favourite city in the US?
Alice: I don’t really have a favorite city either. I just like it to be sunny–nice weather is always a plus for me. I hate rain. I can’t ride my bike in the darn rain. 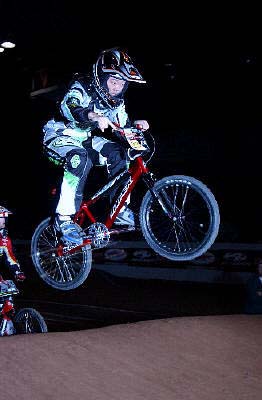 bmxultra.com: You are currently studying at the moment right? How does that interfere with racing? What will happen once you are finished, will you continue to race as much as you do now?
Alice: Yes, I’m currently attending Arizona State University full-time. School definitely has priority over racing but because racing is such a large part of my life I try to make them work for one another. One of the reasons I chose to race this year on more of a individual type thing was because this way, I have the freedom to be flexible with scheduling. I do have to miss some big races at times but it’s something I have to do. It takes a lot of good time-management and early mornings to train and study at the same time but it’s worth it. It keeps me focused. I’ll be in school for a long long time so I’m not sure how my future in racing will be but for now, I’m going to continue to try and race as long as I can

bmxultra.com: What are you studying?
Alice: Right now I’m pursuing a BS in Exercise Science. I’ll either go to grad school for physical therapy or give up my life and go to medical school. (laughter) I’m not sure which one.

bmxultra.com: Are there any other BMXers that you know who go to ASU?
Alice: Ummmm…..I think Matt Reilly is also attending ASU but he doesn’t race anymore. It think he used to race for Powerlite or something. He was really fast.

bmxultra.com: What music do you listen to?
Alice: I listen to a lot of different kinds of music but mostly pop and R&B. I really don’t care very much as long as it sounds OK and I can understand the words.

bmxultra.com: What do you think of Neil Young?
Alice: Who the heck is Neil Young?!

bmxultra.com: What do you think of Mike’s music tastes?
Alice: (laughter) I don’t mind his music. I definitely don’t prefer it but some of it is OK. The only bands that are a bit bothersome to my ears are bands like “Hate Breed” and “SlipKnot” where they yell and scream.

bmxultra.com: Do you fight over the stereo?
Alice: (laughter again) No, we very rarely fight over anything. Mike is really good about keeping the music flowing with both his favorites as well as things I like to listen to. He’s just considerate and thoughtful like that.

bmxultra.com: What was the last CD you bought?
Alice: I think it was Eminem. It’s his first one that I ever bought. I got it for $6.99 at the ASU music store! 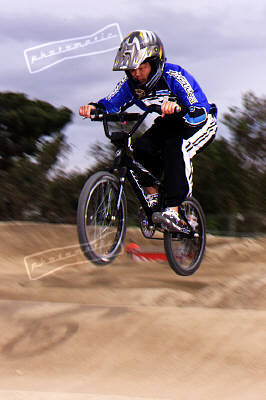 bmxultra.com: What websites do you check out?
Alice: Not many. I count on Mike Gul to give me any interesting news but if I do go on any sites other than my email I’ll check bmxultra.com, bmxtreme.com, bmxmania.com, of course mikegul.com, ababmx.com so I can stay current on points, and muscleandfitnesshers.com. Other than that, I’m not a big web surfer.

bmxultra.com: Should we expect to see AliceJung.com soon?
Alice: (laughter) I thought about it but I don’t know if I’d get many hits. Plus, like I said, I’m not a big computer person. It’s kind of ironic because my dad is a electrical engineer/computer programmer and my brother is totally into it as well. I don’t know, I just like to ride my bike.

bmxultra.com: Where do you think you’ll be in 5 years from now?
Alice: School, school, oh yeah, a little more school. (laughter) I’ll probably be in grad school and I might get into mountain bikes. If not, I’ll probably be doing something related to fitness–maybe some figure competitions. I’m even thinking about powerlifting maybe. Who knows? I doubt I’ll be racing BMX but then again, you never know. I’ll just go with the flow and see where I end up.

bmxultra.com: Have you done any international travelling with BMX yet?
Alice: No, I haven’t travelled anywhere outside of the United States to race. Heck, the only place I’ve been to outside of the US was South Korea–and the only reason I was there was to be born! (laughter)

bmxultra.com: Do you plan on competing at any of the UCI world championships this year in Brazil or next year in Australia?
Alice: This year I won’t be able to go to Brazil for the UCI Worlds, but next year I plan on going to Australia.

bmxultra.com: Any tips for female riders out there thinking of taking on the big guns of ABA/NBL female pro class?
Alice: If you feel ready to step up to the pro class I’d say to go for it. It will only make you faster but you have to be prepared to work. If you want to be a contender you have to train. There’s no way around it. If you’re not ready to make that kind of commitment I’d advise to stay amateur until you are.