bmxultra.com: Could you please tell us a little about yourself, where you are from, what you do for a living, when/how you started racing, you home club, etc?
Chris: Well I’m 19 and have been riding BMX since 1983. I have lived in Alice Springs Northern Territory for 17 years. My home track is the Red Centre BMX Club, where we have about 100 riders. I’m in my second year as an apprentice carpenter. 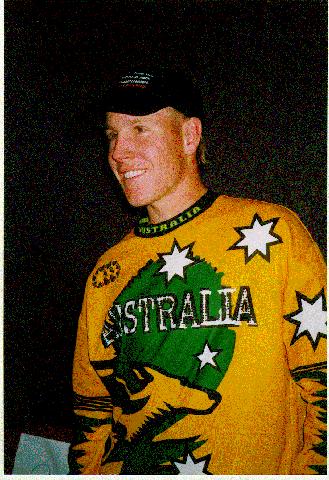 bmxultra.com: What is racing like in the NT at the moment, being so isolated wouldn’t it be hard to get some good competition?
Chris: There are 6 clubs in the Northern Territory BMX Association, 3 in Darwin,1 in Katherine, 1 in Nhulunbuy and 1 in Alice Springs. Competition hasn’t been to bad however in the older classes lack of numbers is a big problem. I have therefore traveled interstate for some big events.

bmxultra.com: What is your best result at the nationals?
Chris: My best result a the National Title was Australia No. 5 in the 17-18 Junior Elites, Tamworth NSW.

bmxultra.com: What did you think your chances were at the worlds when you entered? I know many riders, myself included, just entered to ride indoor and to see and/or race against the worlds best and see what happens, was it the same for you?
Chris: When the Indoor venue was proposed for the 1998 World Title I felt that it would suit me because it would be tight and technical. My expectation was to half the field. Like you and others I could not wait to ride against the best riders in the world. Most of these rider I looked up to during my junior years in BMX, especially Gary Ellis who was my hero.

bmxultra.com: What did you think of the Worlds track and venue? Did your thought about the track change as you progressed through the eliminations?
Chris: I loved the track and the venue. The track was tighter than I expected. However it still suited me because of my lack of speed out of the gate.

bmxultra.com: There hasn’t been an Aussie in the Elite Class final at the Worlds probably since Anthony Waye, how did it feel to be out there on the starting gate knowing that every Aussie in the ‘Sold Out’ stadium were watching and cheering for you?
Chris: I really could not express in words how I felt as I progress though the motos. I kept on taking one race at time, ,just trying to finish in top 4. I became more and more nervous as I progress through the motos. I just went as fast as I could. I though I was having a dream.

bmxultra.com: I heard people say you were just lucky, but luck or not, you seemed to do what needed to be done to make the main.A top five finish at the Worlds will be a difficult result to follow up, and there will be a few people at the next Aussies looking out for you, expecting results. What are your plans? Will you be training your ass off, or will you stick to whatever it was that worked for you back at the Worlds?
Chris: I watch the video of the 1998 World Titles and yes I agree that I had some luck. I did a lot of training between the Aussies and the Worlds and suppose I will continue doing that. I don’t care what other people expect of me I go out and ride to the best of my ability and hope that it will get me where I want to go. 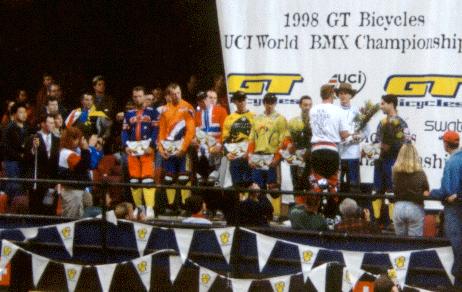 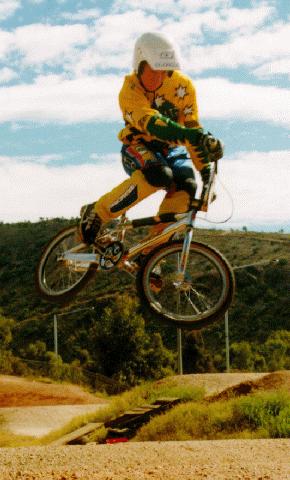 bmxultra.com: What happened after the Worlds? Any sponsorship deals?
Chris: The people of Red Centre BMX Club have been good to me. The club has congratulated me. No big sponsorship has been forth coming expect from my parents and some small business in Alice Springs.

bmxultra.com: If there was anything about BMX you would like to change what would it be?
Chris: Have more rhythms sections less speed tracks.

bmxultra.com: Will you be heading off to France in 1999? Or any other international events?
Chris: I will see after the 1999 Australian Titles. It depends on lots of things, cost being a problem. The idea sounds good.

bmxultra.com: What music do you listen to?
Chris: I’m into many different kinds of music, ie: Powderfinger, Nirvana, Pennywise, Tool and a bit of Pantera etc.

bmxultra.com: What do you think of Neil Young?
Chris: Neil Young any relation to Johnny Young?

bmxultra.com: What are your favourite BMX Web sites?
Chris: I’m not one for the Internet but I have looked at DME, UCI, Dans Competition, BMX Victoria, Krankin, bmxultra seems cool.

bmxultra.com: Did you get to meet any of the ‘Great’ riders, Thomas Allier, John Purse, Gary Ellis, etc?
Chris: The only great rides I met at the Worlds was Christophe Leveque, John Purse. It would have been good to meet Gary Ellis but I suppose I may never get the opportunity. As he is retiring. 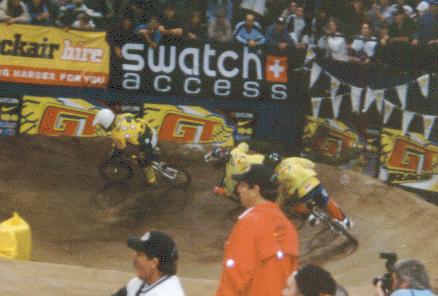