Darren Hawkins is currently the most dominant Pro rider in Australia, and has been for some years. Darren is from NSW (the same state as Warwick Stevenson and Luke Madill), the hardest state for pro racing in Australia with their huge number of competitive riders and technical tracks. He has been very consistent over the years and through bad luck, hasn’t quite cracked it for a finals birth at World Championships. 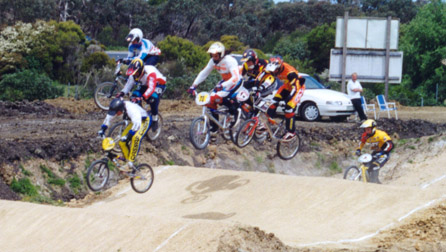 bmxultra.com: How did you get started in BMX?
Darren: My next door neighbour started up racing, so one day I went down to the track with him and had a go.

bmxultra.com: When and where was it?
Darren: 1983, Minto Parklands BMX Track

bmxultra.com: What was your first bike?
Darren: Quicksilver

bmxultra.com: What is your highest ranking at the World Championships?
Darren: The last 2 years I have crashed in the quarters, this year was the worst because I was in second when I crashed. According to the latest UCI World Ranking I was 11th.

bmxultra.com: What do you think of a single world championship meeting and not a series?
Darren: It doesn’t really bother me, I guess a series would be fairer but not many people would support a world series because the costs would be too high. 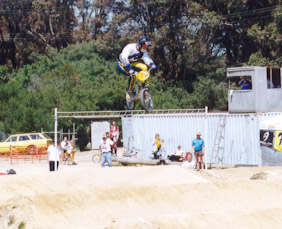 bmxultra.com: What is your favourite country to race in?
Darren: USA, basically because they do everything bigger and better than the rest of the world. The atmosphere at the big races is unbelievable, Europe is also pretty cool. Australia should learn from these overseas races.

bmxultra.com: What kind of music do you listen to?
Darren: Top 40 stuff and whatever is played in the nightclubs

bmxultra.com: What do you think of Neal Young?
Darren: Who’s he?

bmxultra.com: What effect do you think the web has had on BMX?
Darren: It’s great, because everything you need to know is at a touch of a button. You are constantly updated about races around the country and world.

bmxultra.com: What are your favourite websites?
Darren: bmxultra.com of course, also the ABA, BMX MANIA. 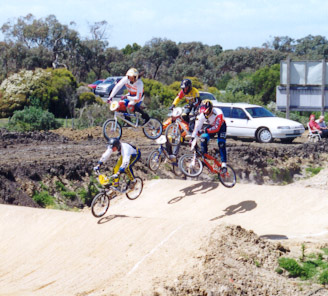 bmxultra.com: What do you do for training?
Darren: A little bit in the gym, sprints and just riding as much as possible.

bmxultra.com: Do you think it is important to eat the right food?
Darren: I never thought it was important when I was younger, but now I realise if you eat good it definitely helps your performance.

bmxultra.com: What gearing/crank length do you run? Did it take you long to work out that was the right combination for you?
Darren: 43 -15, 180mm. It took a while, I rarley used 15 teeth sprockets until the Australian team went to the Australian Institute of Sport training camp this year. We did some individual testing with sprints etc and based on my results this gearing best suited me.

bmxultra.com: If there was anything about BMX you could change what would it be?
Darren: To have a National series in Australia like the ABA or even the European Championships (only 5 rounds) for everybody, maybe this would make BMX more attractive to corporate sponsors.

bmxultra.com: Where do you see BMX in 5 years time?
Darren: It depends on whether or not the Australian association gets a National series together. If they don’t I can’t see BMX in Australia being much different to now. But if they get this series together the sky’s the limit. 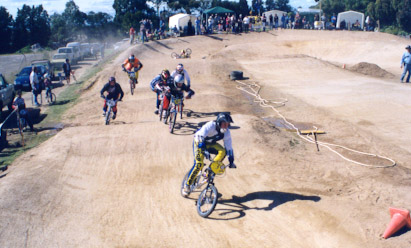 bmxultra.com: What do you see as being the most significant change in BMX in recent times?
Darren: Many items, that question is to in depth for this interview.

bmxultra.com: Who are your BMX heroes?
Darren: When I was younger I had some, but I don’t really have any BMX heros now.

bmxultra.com: Which rider do you fear racing the most and why?
Darren: Nobody, I respect everybody that I race, but you should never fear racing somebody else. Racing is about doing the best you can possibly do.

bmxultra.com: Any pointers for someone out there thinking of turning Pro?
Darren: Be patient, you are not going to go straight into pro and win. The first year is always the hardest, don’t be intimidated by anybody and always try to perform to the best of your ability. Don’t be scared to past an established Pro rider on the line if he sits down.

bmxultra.com: When did you first win the National Championships?
Darren: 1996 Nerang (Elite Men)

bmxultra.com: How do you compare racing in Aus to racing in the US or even Europe?
Darren: In Australia there are probably about 5 guys always winnings the mains, but in the USA there are probably about 20 guys that do. The racing overseas is alot more physical with people trying to pass you all the time and no matter what position you are coming. There are some many more top guys it is a lot more competitive, however I think the top guys in Australia are just as fast. (Grant White proved that) 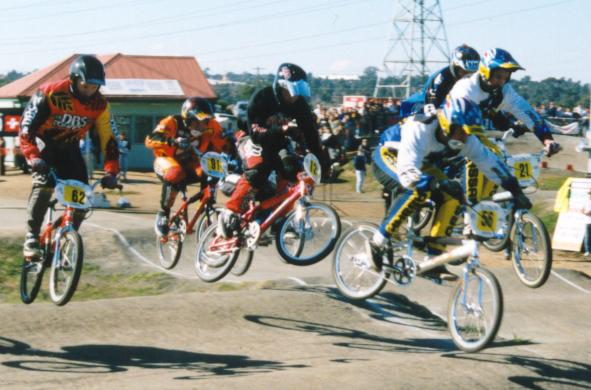 bmxultra.com: What is your favourite track?
Darren: I don’t really have one, I guess any track with big jumps. Frankston (Vic) was cool or Liverpool (NSW).

bmxultra.com: How many more years of racing do you have left in you?
Darren: I don’t know, I will just take each year as it comes. I still enjoy racing and I can’t think of anything better than flying around the world racing my bike, it’s great.