30 Bikes: The Story of Homestead Bicycles has new distribution and is about to hit iTunes, Apple TV, Prime Video, Google Play and Vimeo on Demand. The release date is 19 October 2021 in the US.

There’s nothing cooler for a BMX racer than dreaming up your very own BMX race frame and putting it into production. A lot of BMX manufacturer’s started that way, from a simple idea and with very low numbers. For Alden Olmsted Homestead Bicycles was just that. The movie is interesting to watch as owner Alden Olmsted, 25 years later, connects with people who rode on Homestead bikes while trying to track down the 30 that were made, with many cameos from legends of our sport. Make sure you check it out. 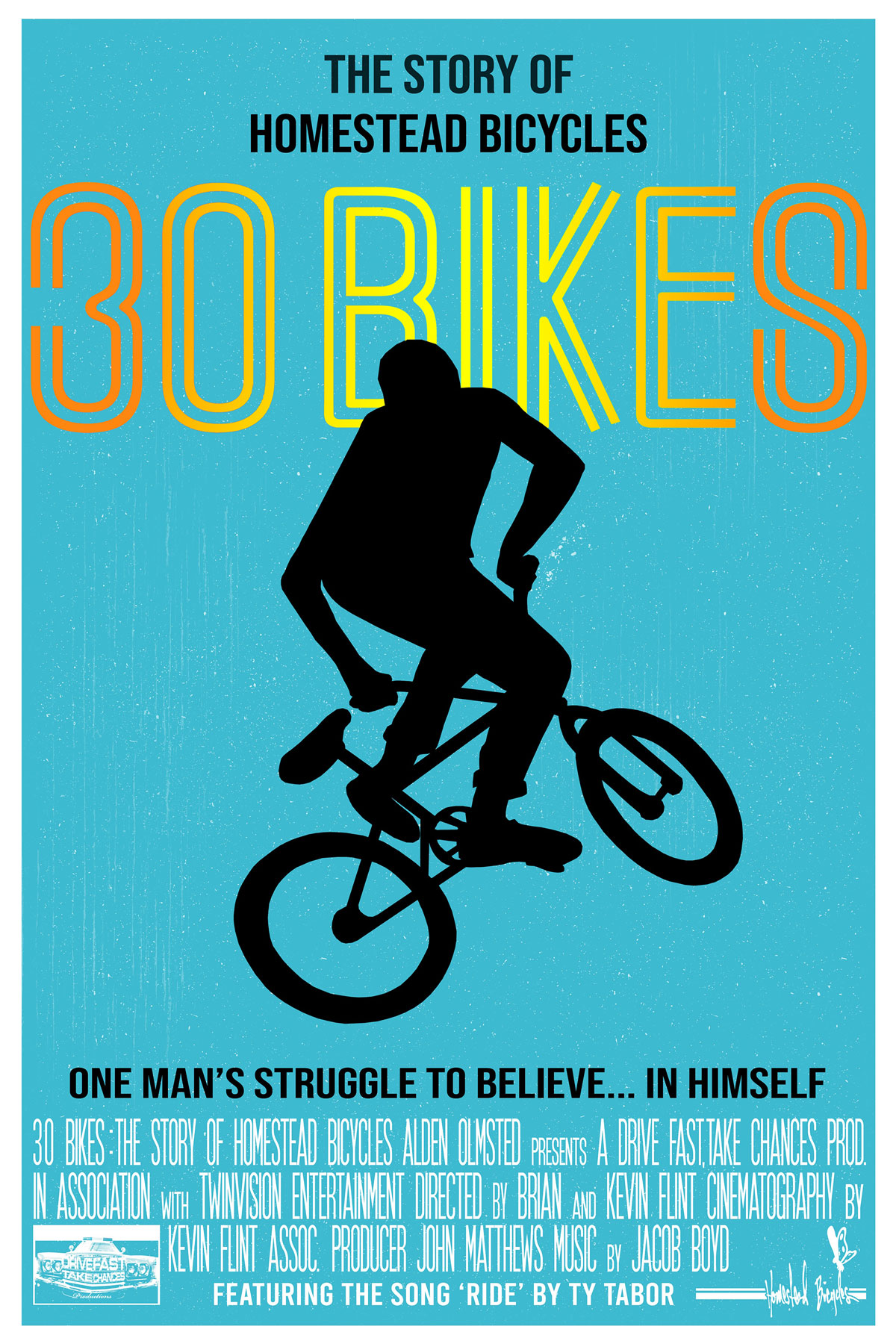 A 19 year old kid drops out of college to make BMX bikes. 25 years later he attempts to track down the people who rode them.

In 1990 Alden Olmsted’s life changed forever when he dropped out of college to start his own BMX bicycle company, Homestead Bicycles. After finding a shop in Tennessee to fabricate bikes to his design specs and using all the money he had to order 50 frames, Alden set out to promote his fledgling brand. What began with such promise would soon come crashing down around him. After selling 30 bikes, a request for the remaining 20 would be met with word that the fabricator had gone out of business. With no money and no additional bikes, Alden was forced to put his dream of Homestead Bicycles to bed and move on with his life. Fast forward 23 years later -one of his original Homestead bikes surfaces on a BMX website, stoking the curiosity of an online community into just what happened to Homestead and that mysterious green frame from the 90’s. Encouraged by the newfound interest in the brand, an older Alden sets out on a path of discovery to find the people that were impacted by his unique bikes.