Tioga are moving into new territory with the goal of creating the ultimate front end for BMX racing. A lofty goal indeed. With lighter and stiffer being the key goals they are rebuilding from the ground up and are already looking at a weight savings of around 350grams, over popular options, for the whole system. 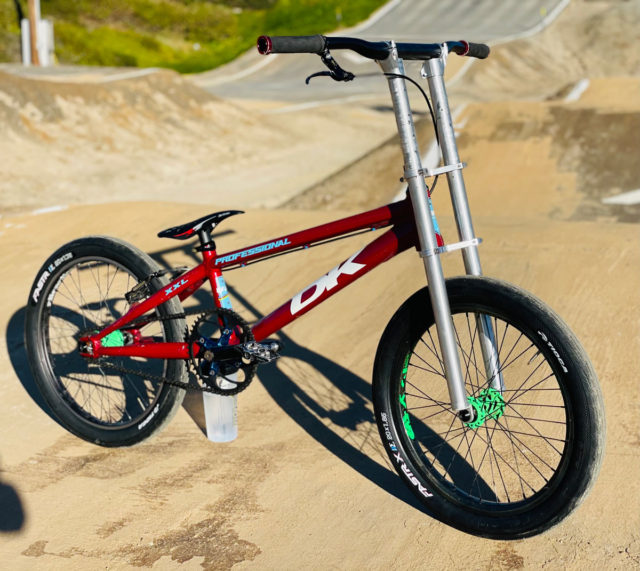 Tioga are a dominant force when it comes to BMX racing. It all kicked off with the Comp III tire back in the early 80’s and moved through to the PowerBlock and Fastr tires that continue to lead the way today.

I’ll be the first to admin I’m a purist and a sceptic when it comes to something that veers so far from the norm. And there’s no doubt that this is the ugly duckling when it comes to front ends. But I like to keep an open mind if it has the potential to progress the sport.

It’s worth noting that the Tioga front-end system is still in an early prototype state; that includes the crowns, stems, bolts, etc which will all be further refined as the product progresses. What you will see in the images are prototypes and don’t fully reflect the final product.

Kai Cheng from Tioga freed up some time to chat with us about the new system and had some very interesting things to say. Here’s how it went down.

bmxultra.com: What will the system be called?

We don’t have a name for the system yet.

bmxultra.com: What is the biggest advantage of the system?

The Tioga system: fork, bar, stems, is 350g/12.3oz lighter compared to the pro-size legacy set-up. This weight savings is entirely up front so pulling, pushing, and side-to-side movements all feel lighter. And the system is much stiffer.

Rigidity in the steering system has a dramatic impact in BMX, where a fraction of a second is the difference. Not to get too technical but unless the component is meant to be flexible, the more flex it has the less energy is transferred for its intended use because some of that energy is wasted in the flex—imagine removing a bolt with a flexible wrench. Let’s take pumping in BMX for example, where momentum is created by pull and push movements. Whether you feel it or not, each push and pull, some flex is happening from the fork, bar and other parts, so like a flexible wrench, any amount of flex is essentially “stealing” the energy meant for generating momentum. BMX has been taking notice of this in smaller steps, with 20mm axles, oversize clamp on bars, oversize headtube, etc. The Tioga system is a leap forward in stiffness with dual crowns, oversize fork legs and low-rise bar.

bmxultra.com: What materials will be used in the fork and bars?

bmxultra.com: Would there be room for carbon parts to reduce the weight even further?

Kai: Yes, but considering areas requiring further reinforcement from a switch to carbon, the weight savings may not be significant. But we’re certainly not ruling it out.

bmxultra.com: Will there be any room for adjustment in height, bar width, rake of the fork, or even adjustment in the forward/back of the bars that you can get out of a standard set up? 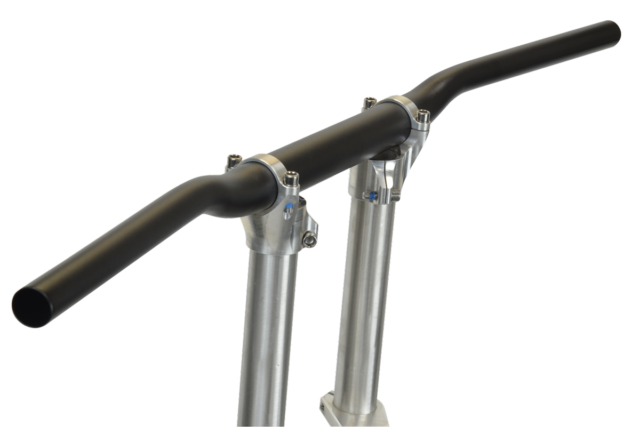 Kai: The fork legs may be trimmed to size. The specially designed stems provide additional bar height adjustment, and different bar rises/sweeps and stem lengths will be available to further fine-tune the overall fit. The current prototype system has an offset of 33.67mm. 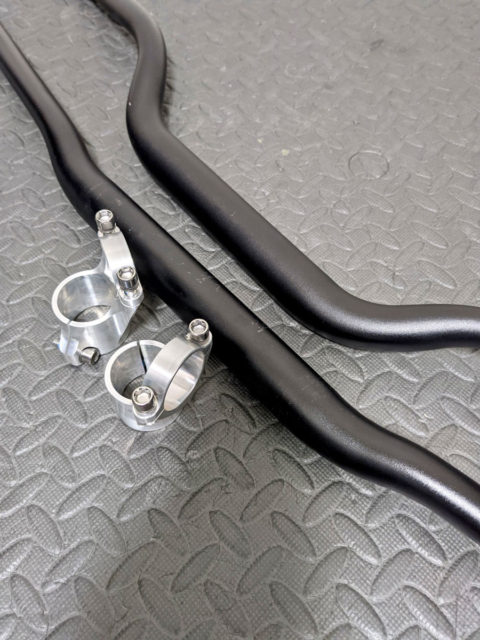 bmxultra.com: What makes them different to a Triple Clamp style fork?

Kai: Good question! We get this a lot because at a glance, the Tioga system may be confused with the mid-school double-crown triple-clamp forks, but they are for sure quite different! The biggest difference is in the handlebar area. By extending the fork legs to create the necessary height, the traditional bar is replaced by a low-rise bar mounted on a pair of lighter weight stems, instead of a single heavy-duty stem. The traditional pro-level bar weighs close to 800g, the Tioga bar is 215g! 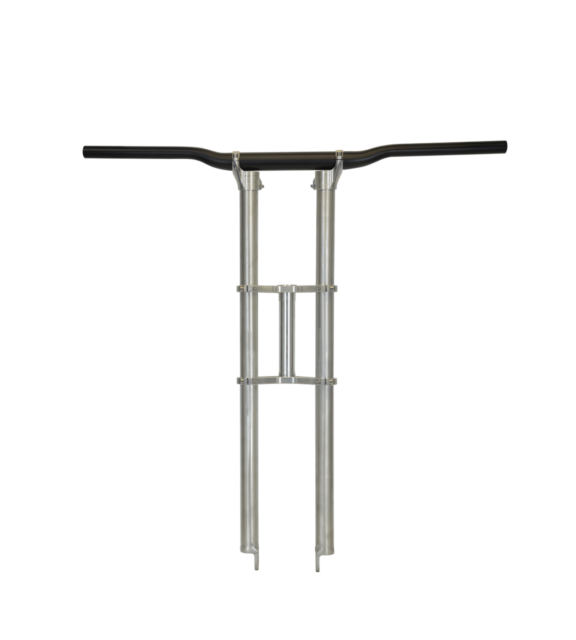 bmxultra.com: One of the biggest issues with triple clamp forks is the clamps on the fork legs used to slip, what have you done differently to remedy this?

Kai: That’s another good question. We’re weighing the pros and cons. For example, the lower crown may be machined pressed to the legs which makes them semi-permanent, though that makes the system less adjustable compared to the current iteration where neither crown is fixed. However, with proper inspection prior to any ride, we have not experienced the phenomenon with the current set up. So we’re surely monitoring this and engineering options are available.

bmxultra.com: Do you think riders will give up the ability to whip and throw style for the more limited range of movement?

Kai: We know the system isn’t everyone’s cup of tea. We’re laser-focused on race specific benefits of weight savings and increased rigidity so no x-ups with this set-up. 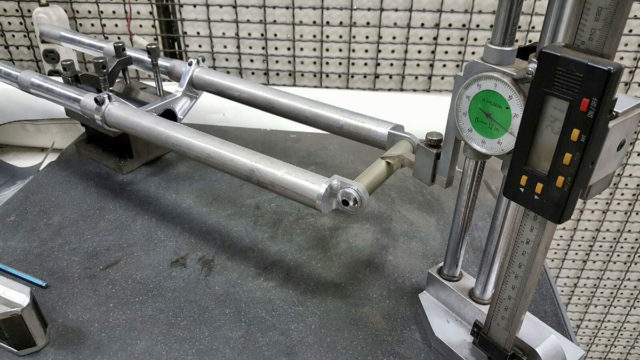 bmxultra.com: Have any elite riders shown interest yet?

Kai: Yes, but due to their contractual obligations, nothing is official.

bmxultra.com: Do you expect to see riders using them at the Olympics?

Kai: Not in the Tokyo Games. We believe by the next Olympic cycle, the situation will be quite different. Oh, by the way, the UCI has given us the OK for the system. 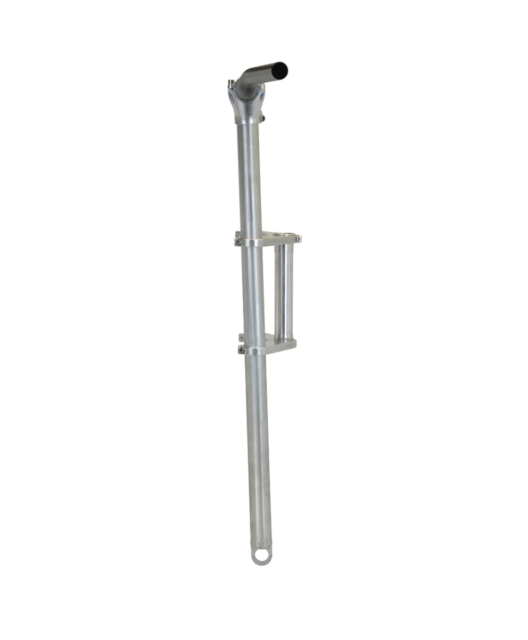 bmxultra.com: Who’s been testing it and what’s feedback been like?

Kai: We have riders of various levels from Vet Pro to a past Olympian. They have other contractual obligations so we won’t disclose their names, yet.

As for feedback, the weight savings is pretty obvious. Though we know some question if extra stiffness is even needed, including one tester initially. We’ll quote this test rider’s report, an Olympian:

“Lap after lap, I really couldn’t understand how this added stiffness would actually be a noticeably beneficial thing. So, after a dozen or so laps/efforts, I switched to my normal bike to get some full laps in.

During the first 10 minutes on my regular setup, I kept looking down to see if my tires were flat – they weren’t – but I used the same front wheel on your fork as I did on my SX – it was very weird. So, THAT told/showed me just how much stiffer the Tioga system is. My bar/fork setup on my SX felt like I was riding with a flat tire. I became a believer, yesterday. Now, because it’s so much stiffer, how/where will that benefit us? Well, perhaps less side-to-side flex/movement as we pedal, and/or more efficient “pump” we can carry through lips and down landings. Any benefit will no doubt be miniscule, but over two dozen jumps, across a hundred cranks, it could end up being some distance.” 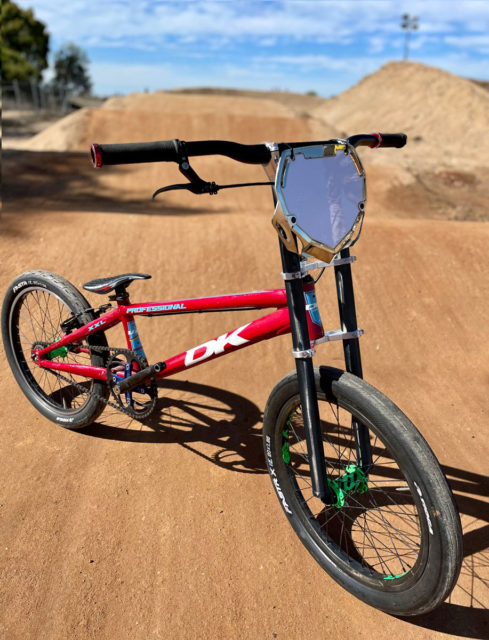 bmxultra.com: What else do you guys have up your sleeve?

So there you have it in a nutshell folks. The Tioga front-end system is progressing and has been approved by the UCI already. It’s coming folks! Will you be first in line at your local Tioga dealer?

Find out more about Tioga’s current product range at tiogausa.com