When the 2008 One Bicycles frame arrived in the mail there was something very familiar about it. It had a vibrant new paint job, which was very different – I’ll discuss that in more detail later, and the design of the sticker kit had changed. Aside from that the drop outs, gussets and tubing all looked the same, the weight was the same and you guessed it when I put it together the geometry was the same too. I thought I would run it by Christian at One Bicycles HQ and see what’s going on. 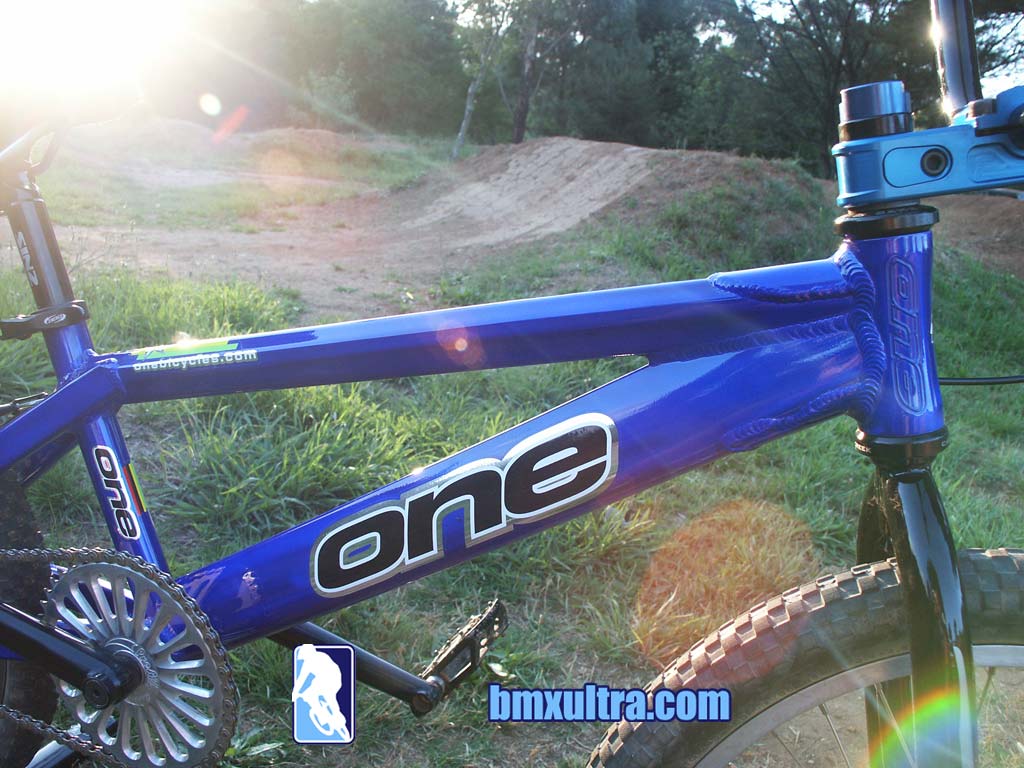 This was pretty much the answer in a nutshell. ONE Bicycles have found a formula that works and have stuck by it. Their confidence paid off with Arturs Matisons winning the first UCI Supercross World Cup round in Madrid in February 2008. Maris Strombergs also won the 2007 NBL’s Christmas Classic and at this moment leads the European Championship. It’s the results that speak volumes and reminds me of that old cliche, “if it ain’t broke don’t fix it”. 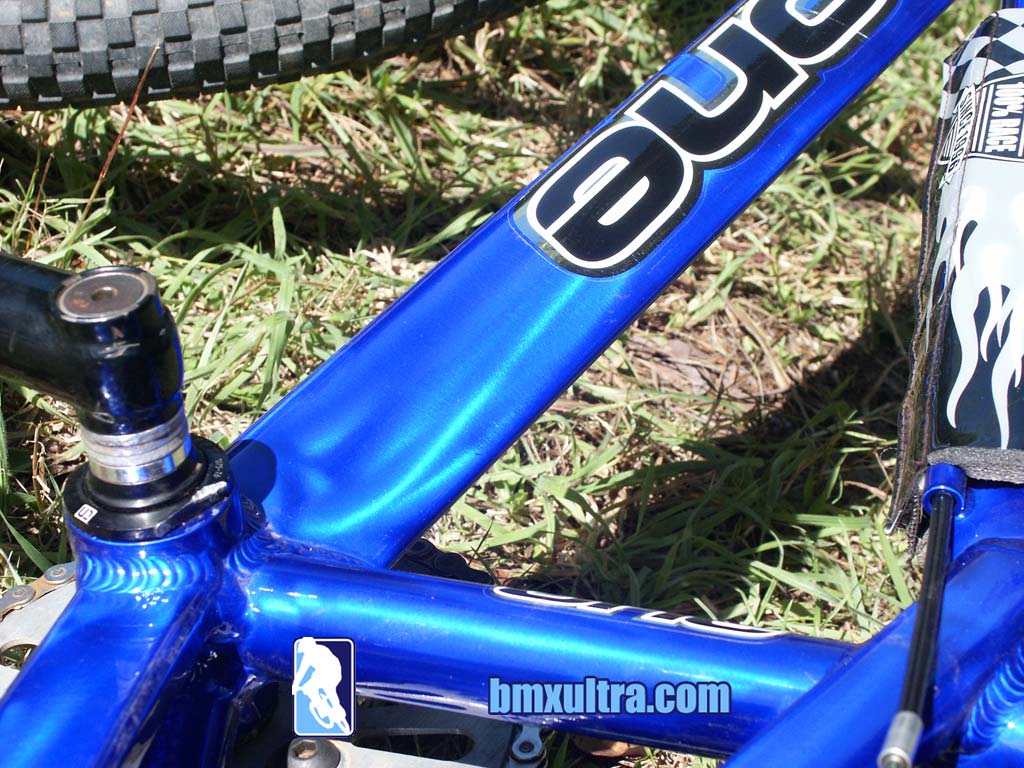 I have been racing a XXL One Bicycles frame since 2006. I remembered when I first jumped on it, it was very different to what I have been riding, the bottom bracket was a little higher and much stiffer than anything I had used before. It took a little getting used to, but I found it to be a very reliable frame. The paint job lasted pretty well over the 2 years of racing, obviously it had a few scratches from the bump and grind of racing and the odd crash in practice but it was still in great condition for it’s age and showed no signs of wear. So why did I need to change? I couldn’t resist the new paint job, plain and simple. While the splatter paint certainly is different, people either loved it or they hated it. And all of the people I knew that hated the last paint job love this new one, or at least commented on how much better it looks. 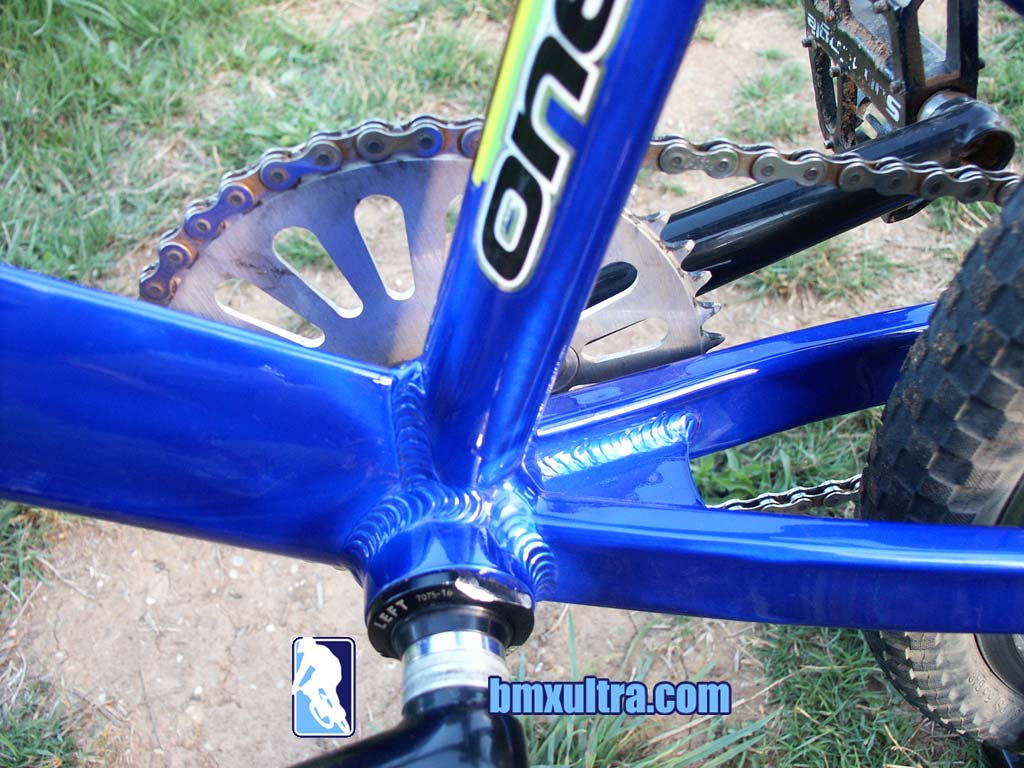 The colour is difficult to describe, as I said in bad light it looks like a vibrant blue, actually it looked as if it nearly a purple tinge coming through. But under bright light and direct sun light is when it really shines…literally. It’s quite difficult to capture in a photograph just how good it looks. It appears as if the frame has been treated firstly as a raw frame, polished up, not quite so it’s as reflective as a mirror, but to the point it will reflect light and show lots of different textures. The light reflects the textures through the “paint” which is best described as a clear anodize. I hope to have captured some of the textures in the photos.

In the past year or two I have ridden quite a few different frames and bike configurations and I find the One frame right up there with the best of them. 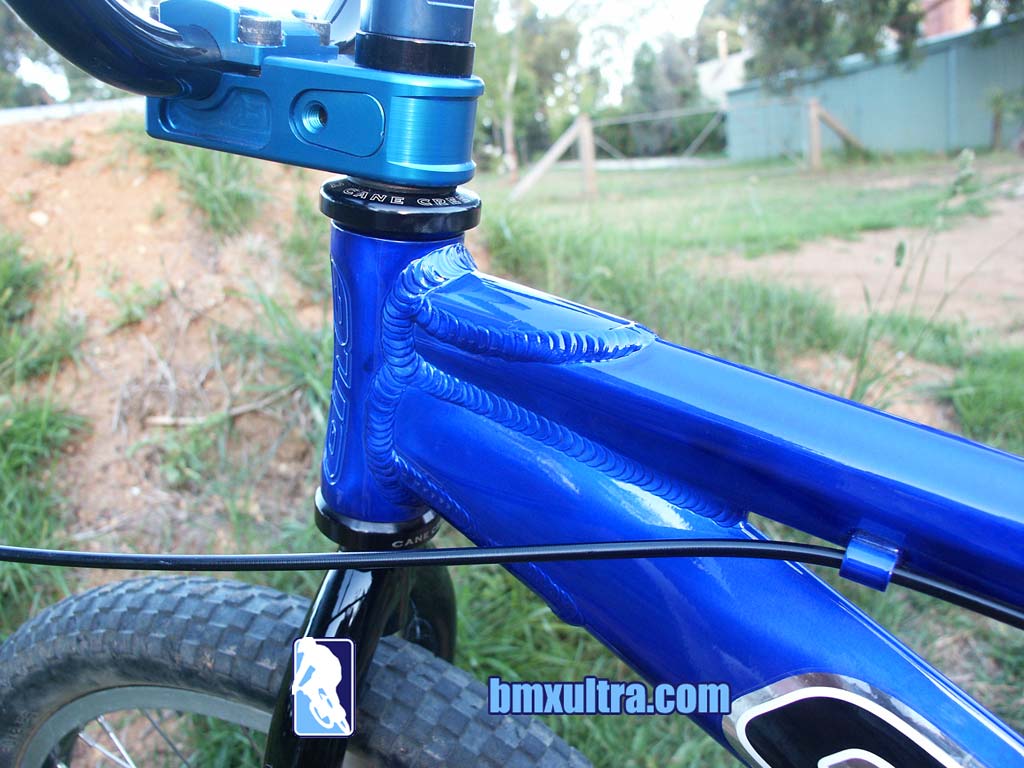 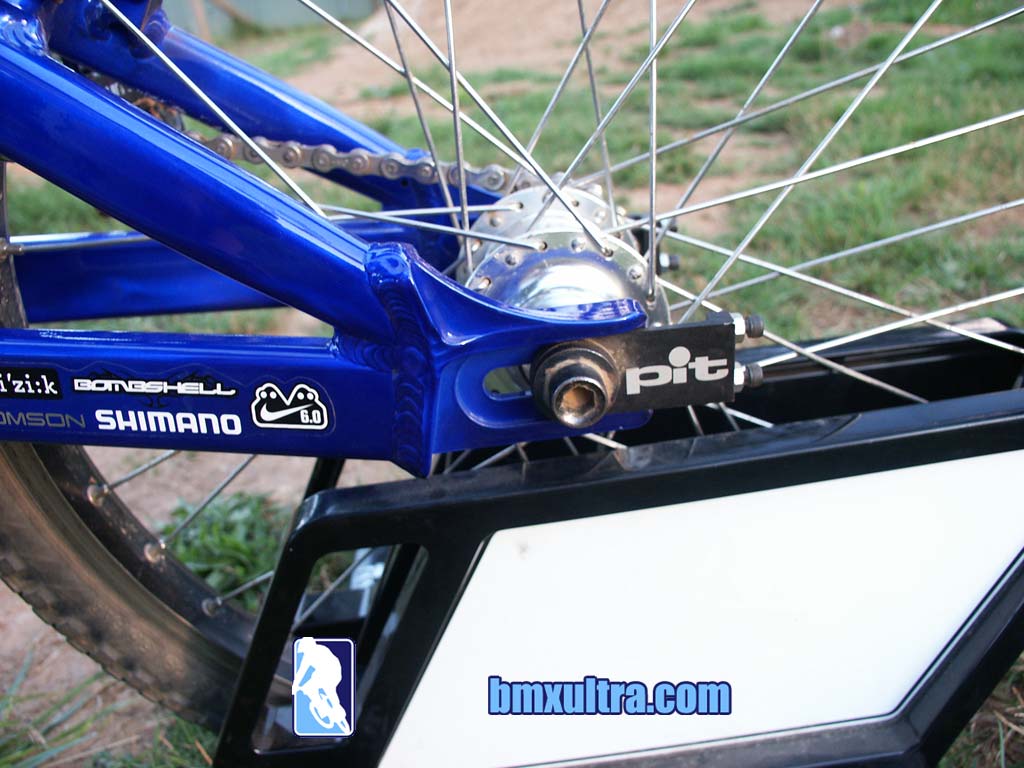 The 2008 frames are available in Red, Blue and Raw (polished alloy). Custom colours are available, however there are additional costs involved.

Check www.OneBicycles.com for more information about the One product range or to locate your local distributor.

One Bicycles are distributed throughout Australia by ECI (www.eciimports.com).