We reviewed the Alienation Deviant/Runaway rim combo some time back, they are an awesome rim set that has totally dominated the race market. They are stiff, strong and light but also easy on the wallet (or purse).

Alienation have done it again with their Stay Strong Skylark/Runaway combo, it’s a rim set that is a fantastic all rounder that would work just as well on the race track as it would anywhere else.

Alienation haven’t added another set of rims into the mix to confuse you with a wider range of rims. They have created a very special set of rims to help out a seriously injured BMX brother, probably one of the most well known of all Stephen Murray, we’ll come back to Stephen’s story a little later.

If you have read the last few product reviews here at bmxultra.com you would already know we had a new Alienation Prototype Thrust rear hub and a 20mm Profile front hub and, with help from the guys at ECI, we laced them into the Stay Strong Skylark/Runaway combo to come up with possibly the ultimate wheel set. Not only are the rims strong, a 20mm front end and 15mm rear make for a super stiff wheel set and ultimately a super stiff bike. 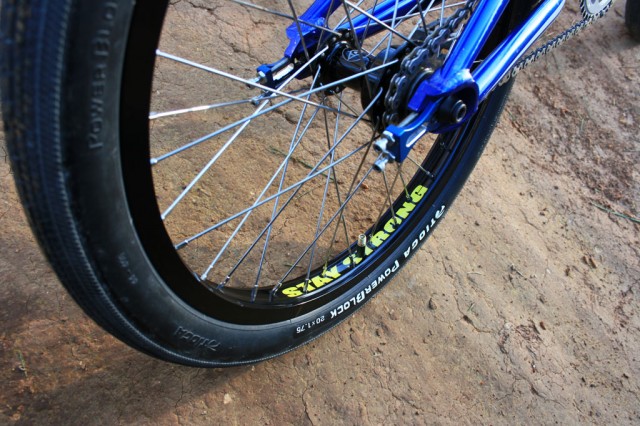 The Skylark rim is front specific since it doesn’t have a braking wall. It has been around for a while in the 6061 T6 alloy version. The Stay Strong version of the Skylark is made from 6069 T6 alloy which as we mentioned earlier is much stronger. The Skylark is double walled and sleeved at the join. The biggest difference between the Skylark and the Deviant rim is the Skylark is 3mm wider at 33mm. A wider rim means the tire is more steady and less likely to roll through corners. To illustrate the difference, stand with your feet pushed right against each other and ask a friend to push you from the side, you will likely have to put your foot out to stop yourself from falling. Now stand with your feet shoulder width apart and have your friend push you again. You are a lot more stable and are far less likely to lose balance or fall. 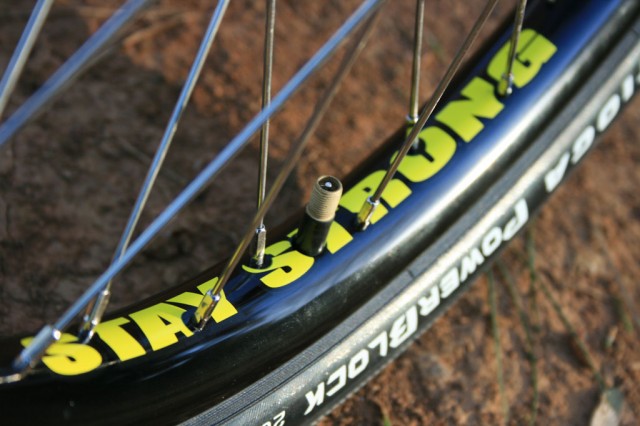 The Runaway rim has also been around for some time in the 6061 T6 alloy version. It is double walled and welded at the join. It has a tall CNC’d side wall that provides plenty of braking surface. The Runaway rim has a wide stance like the Alienation PBR, so it’s extremely stable through corners. The rim is drilled to utilise a non traditional center cross lacing pattern which provides greater bracing angles at the hub flange and ultimately a stiffer wheel. 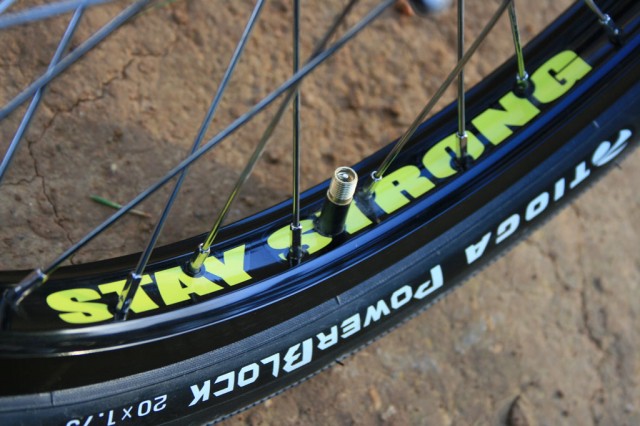 It’s important that you don’t overlook  the Alienation Stay Strong rims are made from 6069 T6 alloy, which is 30% stronger than 6061 T6. The Stay Strong Skylark/Runaway combo may not impress the weight weenies who are probably off somewhere quietly saving money for their next set of carbon rims. But when you consider how light the Stay Strong rims are, and how much extra strength they have to offer, these rims are likely to have a longer life span and would have to give the best bang for buck for any rim on the market. 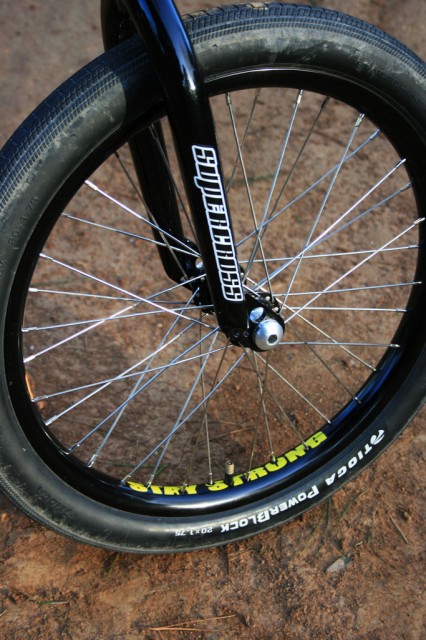 Stephen Murray left his homeland of Great Britain to chase the BMX dream to ride and compete with the best BMXers in the world. It was a move that proved fruitful for Stephen, in 2001 and 2002 he won Gold Medals in BMX Dirt Jumping at the X Games and Back to Back Gold at the Gravity Games in the same year.

On Friday 22 June 2007 at the Dew Action Sports Tour BMX Dirt Finals in Baltimore, Maryland, Murray took a catastrophic fall attempting a double back flip on the final jump in the dirt section. He received career ending injuries to his spinal cord and vertebrae and is paralyzed below the shoulders.

The Stay Strong web site & fund has been set up in efforts to help provide awareness & financial support.

Many manufacturers, including Alienation, have developed special and limited edition products to help  support Stephen Murray & the Stay Strong Foundation, you too can do your bit and show your support by purchasing yourself a set of Alienation Stay Strong rims.

Recent reports have shown that Stephen can shrug his shoulders, move his toes, his index, and thumb fingers.

We had to split the wheel set over a couple of builds, the front wheel was on a cromo Supercross Bolt with 20mm cromo Supercross SLT forks, and then an alloy CCH SuperCup frame with the same forks. The rear wheel was used in a Supercross ENVY V3 with a 15mm rear drop out. Both the front and rear wheel have spent plenty of time on the track, various jump parks and have been race tested. As expected each wheel proved to be quite stiff, and despite a number of short falls, or more technically correct “clearly deliberate cases”, the rims are still running just as true as when they were built. 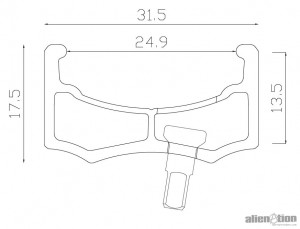 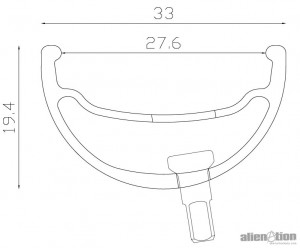 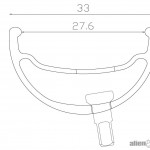 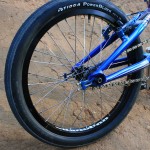 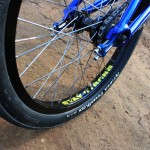 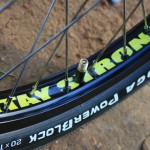 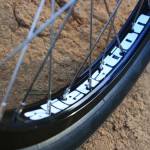 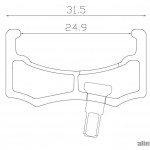 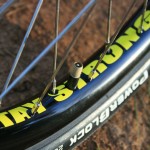 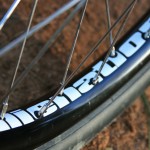 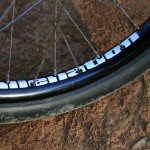 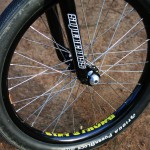 The Stay Strong rims are available in black, 36 hole and 20″ size only.

The only thing that could make these rims better is for them to be TCS compatible so they will be tubeless ready, but we won’t hole that against them.